Generation Z was born between 1997 and 2012. In just 23 years, this generation has gone through multiple economic crashes, dozens of school shootings and a global pandemic. They are the last generation of The Old World, and the most fearless.  It’s their fearlessness that’s carrying us into The New World. Their fearlessness is making Millenials like myself and even baby boomers like my dad march the streets and call to action for “BLACK LIVES”. Together, the last 4 generations have put major pressure on this country for change. So many changes have happened in just three weeks and many more will come. However, it hasn’t been easy, 5 lynchings have taken place in just one week and a few more black men have been shot. But no one is taking their foot off the gas. The movement is too big, even President Trump today stated that Colin Kaepernick should have his job back. Trump has been the most divisive President since Lincoln, but today he made his first remarks that shows that he too understands that time is up on racism.

So where do we go from here.  The answer has always been to go within. This country needs to realize that our citizens are our greatest assets, all 360 million.  Globalization makes The World a much more competitive place so we as a Nation cannot afford to limit each other.  We have to come together as a Nation, and realize we are better as a country UNITED. Everyone has something to offer for the advancement of this Nation, but we will never know  if we continue to have institutional racism.  For some it seems like the World is going crazy, and for others is seems like God has finally answered their prayers.  The best for both to do is pray because God wins! 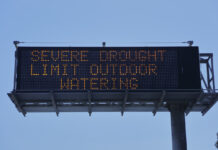