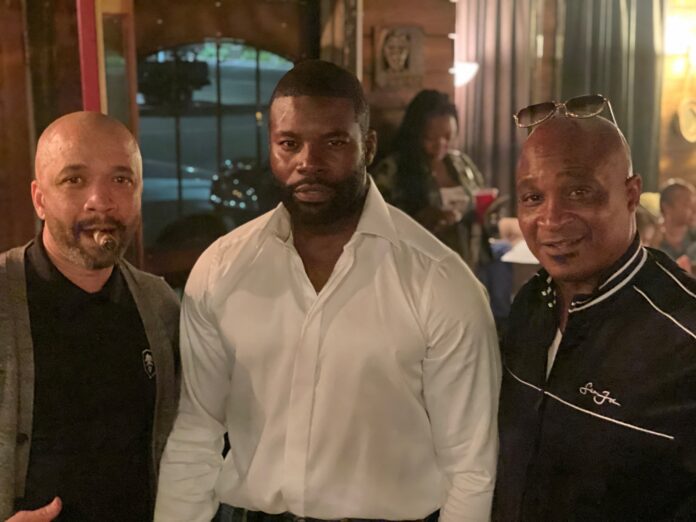 One of the Inglewood’s most thriving businesses, LA Cigar Lounge has appointed Gantri H. Dennis, 54 as its new general manager.

Dennis, 54, hails from a family of civil rights advocates in mother Lena Lee Cole-Dennis and father Roy Harlen Dennis, but he endured a challenging journey to earn his coveted position at LA Lounge.

A private club with a more than 100 members, the LA Lounge has established itself as a power broker in politics and philanthropy, hosting fundraisers for candidates and annually distributing food to the needy.

Dennis served as student body president at LA Southwest College in the early 2000s and was a candidate to attend USC, but married and committed to his wife and children instead.

He subsequently followed a wayward path that cost him his freedom and landed him in prison for six years.

“I spent a part of my life running the streets and doing nothing with my life and got into trouble,” he explained to Inglewood Today.

After being released from prison he began working for one of the largest construction deputy inspection firms for almost a decade. It was at that job Dennis managed four departments for a company that employed 150 individuals.

However, he believes that he has since land a position with a company that represents his best values.

He credits, LA Lounge owner Aaron Moore with providing him with the opportunity.

“Aaron is a true visionary. Nothing that he does is for that specific purpose, it is always building for something bigger down the road,” added Dennis.

Moore has entrusted Dennis with also managing his independent living home and as project manager for his Nail and Hammer Construction Company.

Since, divorced from his former wife Sonah Grey-Dennis, he is the proud father of 28-year old Josiah Harlen Dennis.

“I believe what makes my addition to this company  a good match is two people with highly confidant levels, highly experienced, driven, decisive and direct. I am not so egotistical so that my feeling gets in the way of what is best for the bigger picture of the business.

LA Kings and Wells Fargo ‘Team Up For Tech’