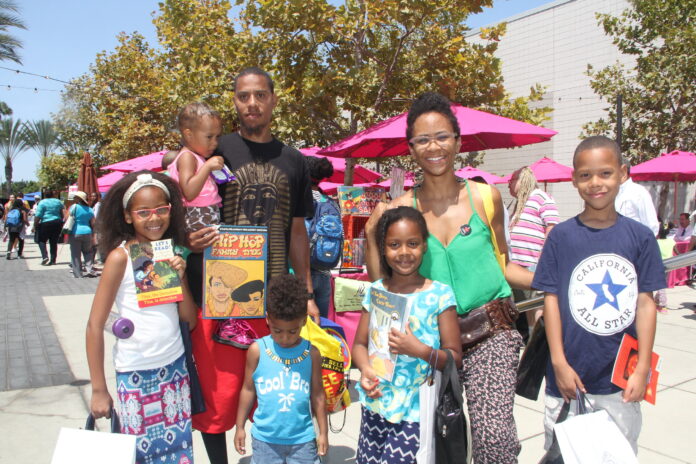 LOS ANGELES – For the month of October, the 14th anniversary of the Leimert Park Village Book Fair (LPVBF) will celebrate National Book Month with a special virtual event, featuring one of America’s most acclaimed poets Nikki Giovanni on Saturday, October 16, 2021, in Los Angeles. The virtual book fair will run from 10 a.m. to 5 p.m. The family-oriented event is based in the heart of Leimert Park, which is considered the center of the African American arts/intellectual scene in LA. For the virtual broadcast, book lovers will need to register for the online experience. For more information, visit www.leimertparkbookfair.com.

Nikki Giovanni is a University Distinguished Professor in the department of English at Virginia Tech. Born in Knoxville, Tennessee and raised in Cincinnati, Ohio, the renowned poet has long used her literary gifts to raise awareness of social issues, particularly those of gender and race. By the time she received her bachelor’s degree in history from Fisk University in 1967, she was already an outspoken activist for civil rights and equality. A year later, she published her first books of verse.

She has published more than two dozen volumes of poetry, essays, and edited anthologies, as well as 11 illustrated children’s books. Giovanni’s autobiography, “Gemini,” was a finalist for the 1973 National Book Award. In 2004, her album, “The Nikki Giovanni Poetry Collection,” was a Grammy finalist for the Best-Spoken Word Album. Her latest book is “Make Me Rain.”

Giovanni is the recipient of many, many awards, and the recipient of 27 honorary degrees as well as the keys to many, many cities, A devoted teacher, Giovanni has been a visiting professor and poet-in-residence at numerous colleges, and she encourages students of all ages to express themselves creatively through writing.

“Giovanni is one of America’s foremost poets and writers whose body of exemplary literary work has inspired us all.  And we are honored, very honored to present this intimate virtual talk with a living legend,” said Cynthia Exum, founder and executive producer of the Leimert Park Village Book Fair.

In addition to Giovanni, the book fair has named Miki Turner, an award-winning photojournalist and an associate professor at USC Annenberg School for Communications and Journalism, as its Distinguished Guest Lecturer. An award-winning photojournalist, Turner spent more than 40 years working in the media industry, specializing in print, television, radio, and web production. As a photojournalist and sports columnist, she’s held positions at the Oakland Tribune and Orange County Register. She’s also worked at ESPN as a producer and writer; MSNBC as a columnist; AOL as an on-air personality; the NFL Network as a producer, and currently serves as the West Coast senior writer for Jet magazine and Ebony.com Turner is the author of two books — that is, the best-selling journey to the woman i’ve come to love and tomorrow.

With a virtual event, the Leimert Park Village Book Fair is creating a literary broadcast experience, where through technology, fans can engage with their favorite authors with a touch of a button.  In recognition of October as National Book Month, the book fair has invited New York Times best-selling authors, fan favorites and crowd pleasers to be a part of the virtual event.

Voted One of LA’s Five Best Annual Book Festivals,” the LPVBF has become a much-anticipated cultural tradition in the African American community.  It provides authors an opportunity to promote their newest work as well as meet some of their fans up close and personal.

For more about the Leimert Park Village Book Far and to register to attend the virtual event, please visit www.leimertparkbookfair.com. 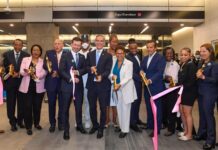