Warren Buffet, the fifth richest man in The World, once said, “The most important decision you’ll ever make in your life is who you marry.”  Kanye West, who is also a billionaire, married Kim Kardashian.  Although, Kim Kardashian played a huge role in his financial gain, once loaning him 53 million dollars to get out of debt; Now, Mr. West is seeking The Highest Office in The World, The President of The United States.  All this week, both liberals and conservatives have weighed in on this announcement just made on July 4, 2020.  I have known for a while that Kanye West is serious about running for office, and anyone who does not take a black man serious who is just 1 of 15 black billionaires in The World, obviously doesn’t know how hard it is for The Underdog to get on Top.  With that said, I am NOT voting for Kanye because I do not agree with his politics and his alliances.  My biggest issue is his ally and wife, Kim Kardashian. I have been advocating for Kim Kardashian to change her narrative for years.  I was shocked this did not happen the moment Kanye started promoting Sunday Services and toying with the idea of Presidency.

Similar to Michelle Obama, I am all about Women Empowerment. I believe Empowered Women Empower Women, which is part of my political platform.  Now, clearly Michelle Obama and I are not Kim Kardashian. Michelle Obama is a much bigger role model than myself.  However, Michelle Obama and I are not most people.  What Michelle Obama and I have in common, which most people can relate to is that we are both from The Southside (She is from The Southside of Chicago and I am from South Los Angeles)  and we have accomplished more than what anyone could imagined (obviously she has accomplished much more than me).  However, Kim Kardashian’s need for attention, and her dramatic dating history makes her extremely relatable in this day and age to where she has more followers on social media than the number of people who voted in 2016’s general election.  There are more girls influenced by Kim Kardashian than Michelle Obama and Oprah combined.  That’s Power… Can you imagine what she could do for womanhood if she used her platform to Empower Women?  Imagine instead of promoting false body images that cause women to have low self-esteem she promoted her law school classes.  Imagine if she hired women to model her clothes and the focus was on natural beauty coming in all shapes, shades and sizes.  Imagine if she showed the difficulties of being A Bawse: balancing work, school, mom and wife life.  Imagine if she separated herself from The Kardashian Drama. Imagine if she conducted herself as if she was running for President and what that can do for our GDP?  Yet instead, Kim K, just a couple months ago was literally fighting on camera, which degrades women, while simultaneously promoting a documentary about women behind bars called, “The Justice Project”.  I watched it because I am an advocate for prison reform, but none of my friends did because they said they can’t take her seriously.  If Kim Kardashian-West decides she wants Respect more than attention, she will inevitably get more attention for it (and she may have a chance to be First Lady), but until then I say, “Wake Up Mrs. West because To Much Is Given Much Is Required.” 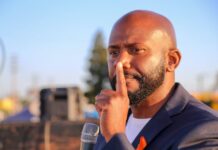 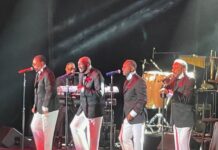