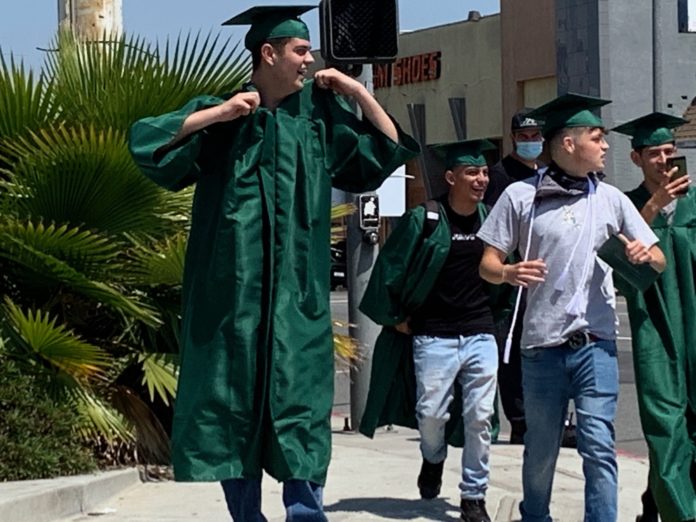 At the start of the city council meeting, a public hearing was conducted to consider the adoption of a resolution affirming Categorical Exemption EA-CE-2020-036 and approving General Plan Amendment 2020-001 (GPA 2020-001) to adopt an Environmental Justice Element for the Inglewood General Plan. The comprehensive plan was presented and persons viewing the meeting online were provided a toll-free number to call-in with any public comments.  The council affirmed and adopted the plan.

Another public hearing was conducted to consider the adoption of a resolution affirming Categorical Exemption EA-CE-2020-037, and approving General Plan Amendment GPA 2020-002 to amend the Land Use Element of the Inglewood General Plan to clarify existing population density and building intensity allowances for all land use designations. The plan was approved by the council.

The council accepted the City Attorney recommendation to reject several personal injury and property claims against the City of Inglewood.

The council approved a three-year cooperative purchase agreement with 3Di, Inc., for the development of a centralized data management system, and related equipment and maintenance that will support the services and activities of the Housing Protection Department.

The council adopted a resolution authorizing the submission of an application to the Local Agency Formation Commission for the County of Los Angeles.

resolution to accept Federal funding from the Department of Housing and Urban Development (HUD) for the Section 8 Housing Choice Voucher Program under the Coronavirus Aid, Relief, and Economic Security Act (CARES Act).

The disgruntled City Treasurer made several disparaging remarks that were later revealed by the mayor to be false.

While there were no public comments the council members had much to say.

Member Dotson thanked his wife for 15 years of marriage and extended his condolences to the family of George Floyd, as the nation and indeed the world is clamoring for police reform. He applauded the Inglewood Police Department (IPD) for the manner in which they were able to maintain peace and civility during the recent demonstrations. Finally, he congratulated the 2020 graduates.

Member Padilla also acknowledged the outstanding job the IPD performed working with the community to maintain peace. He also applauded the work of the City Manager despite the critical comments made by the City Treasurer. Finally, Member Padilla urged everyone to report the use of illegal fireworks to 310-412-4333 and reminded the community that Safe and Sane fireworks are the only ones that are permitted in the city and that is on the 4th of July only.

Member Franklin reiterated his concern about the use of illegal fireworks and added his support and ‘props’ for City Manager Artie Fields. Before ending his remarks he read a commendation for Terry L. Coleman who is retiring from his present position as member of the Planning and Zoning Commission.

Member Morales echoed his council colleagues in decrying the use of illegal fireworks and in support of City Manager Fields, who he described as one of the city’s unsung heroes.

Mayor Butts addressed three critical areas. Concerning the six protest demonstrations related to the death of George Floyd, he applauded the outstanding, invisible police strategy the IDP deployed in maintaining law and order. With respect to the use of illegal fireworks he pointed out that while the city will respond to reports a more effective strategy is for neighbors to encourage neighbors to refrain from the use of loud, illegal fireworks, noting that realistically, by the time police arrive, the culprits have disappeared.

Before adjourning the meeting, Mayor Butts addressed the assertions by the City Treasurer and indicated that the false information she espoused gives him great concern. He corrected factual misstatements that were made concerning the City Manager’s salary and bonus and the factually incorrect statements made about Inglewood Today. He noted that the city was obligated to make a variety of public announcements and it has been the city’s decision to spend that money locally.