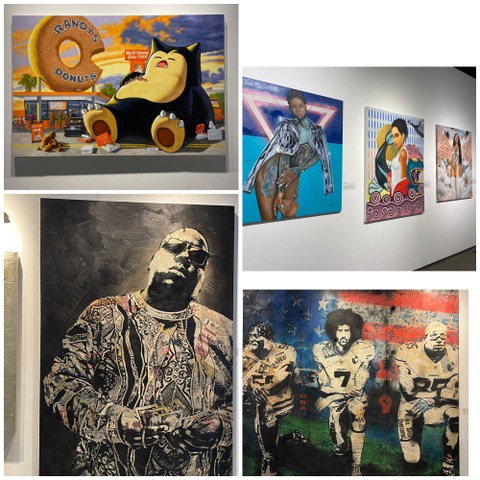 With global pop superstar Rita Ora as the host of the evening, opening night of the annual LA Art Show at the Los Angeles Convention Center was filled with excitement. 2021 marks the show’s 26th year in operation, and it remains one of the most popular art shows in the nation with 65 thousand visitors per year.

This year, the show takes a next-level, innovative pivot by focusing on some of the latest technological trends in the art world, while still offering the traditional lens for art from around the globe. For example, ‘Vellum LA’, the first physical gallery for NFT-backed digital art in Los Angeles opens on Melrose Avenue in September, and is presenting a world first major art fair NFT exhibition at the LA Art Show.

This year, the LA Art Show is under new leadership with Kassandra Voyagis as the recently-appointed Producer and Director of the show. But she’s no stranger to the leadership role. For 16 years, Voyagis served as the Executive Director, overseeing much of the operations during this time. Her new role will be an expanded version of her previous 16-year position.

Partnerships with the 2021 LA Art Show include St. Jude Children’s Research Hospital and ‘DIVERSEartLA’, curated by Marisa Caichiolo, which focuses on the contributions of women and non-binary artists at the forefront of work at the intersection of art, science, and technology.

IN MEMORIAM: Colin Powell Remembered as a ‘Good Man,’ and ‘Great American’

Thirty-nine, homeless with 10 kids A pandemic casualty, woman prays for...