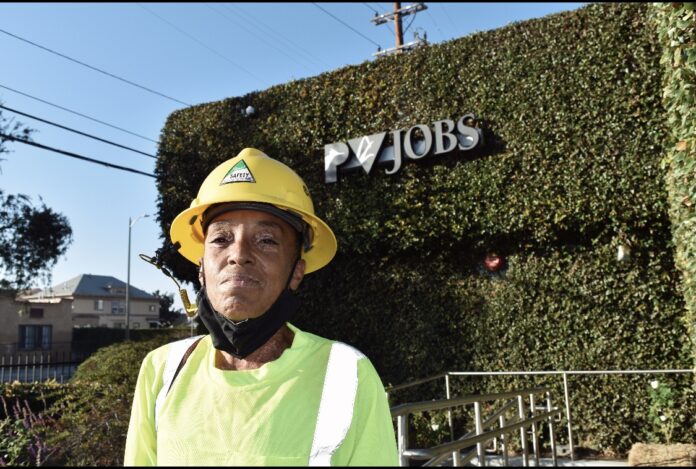 Construction laborer Kathy Brown can’t imagine working in any other field. Being a part of a construction crew for the SoFi Stadium development project was just an added bonus of working in the industry. “I was elated to work at SoFi Stadium,” said Brown, a Los Angeles native. “I like to see the buildings I put my sweat into. To see the stadium now… Wow!”

Brown has worked as a laborer for more than a decade, although she began her construction career later in life. Fifteen years ago, Brown worked as a pediatric nurse assistant for a local hospital. But after enduring three consecutive deaths in her family, she felt she could no longer continue working as a nurse. “I needed a change in my life,” she said.

Unemployed as a single mother of three, Brown didn’t have the luxury of taking a long break from the workforce. Remembering the joy she once experienced as a teen while working on a construction project for the Conservation Corps, she realized that construction would be her next career move. When a friend told her about PVJOBS, she quickly visited the job program. “As soon as I walked through the doors, PVJOBS made sure I had all the things that I needed,” said Brown. “I got clothing. I got boots. And they paid my union dues.” She worked 12-hour shifts at one of her first assignments, and was assigned to numerous construction projects over the next decade.

Eventually becoming a journeyman, Brown was recruited by Kiewit to join its construction crew at the SoFi Stadium development project. Working as the only woman on her crew didn’t intimidate Brown. In fact, quite the opposite. “I don’t let any man out-work me,” she said. “I’m a hard worker. I love doing construction work.” 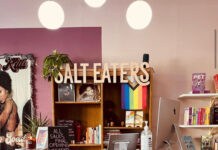 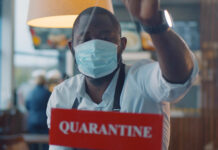