19 crimes is the name of a wine that was founded in Australia in 2012. The wine was named after the 19 crimes that were federal offenses in Britain in the 18th century.

According to Wikipedia, “Between 1788 and 1868, about 162,000 convicts were transported from Britain and Ireland to various penal colonies in Australia.”

Today, 19 Crimes Wine is a red blend. A blend of Shiraz, cabernet sauvignon and Grenache from South Eastern Australia. According to Reverse Wine Snob, “the wine is aged in 100% American Oak”.

Recently, 19 crimes has been the talk of the town because the brand partnered with long beach native Snoop Dogg for his own “Snoop Cali Red”.

This is the first time the company has had someone on their label that wasn’t a notorious criminal of the 18th century.

Snoop Dogg’s fame along with the bottle’s unique innovative technology has made his wine a top seller.

19 crimes has it’s own app. If you download the app and take a picture of the label. The bottle label, which is Snoop Dogg, starts talking.

“Glasses up! Let’s make a toast to success and nothing less. Yes sir.” says Snoop on the label after you scan it.

I had a chance to catch up to Allen Hay, the owner of ABC Liquor Store in Belmont Shore. He said, “I’ve been carrying this wine for years now. It’s a good wine, but since Snoop has been on the label it’s selling so much more. I don’t see what the big deal is, maybe because it’s his face. It taste very similar to the other bottle, but this one sells much better.”

Erin Gomez posted on Instagram a photo of the bottle and said, “I thought it was pretty good. I’m not a sweet fan either, so my expectations were low.”  The wine itself has mixed reviews, but in all everyone loves Snoop and the talking bottle.

The real question is what’s next or who’s next? This will most likely start a trend with rappers and influencers putting their image on products such as, “Rap Snacks” by Master P.

With globalization at an all-time high, 19 crimes is a perfect example of perfect competition driving the market to create innovative ways to appeal to more consumers. 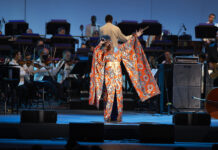 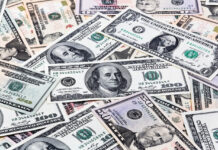