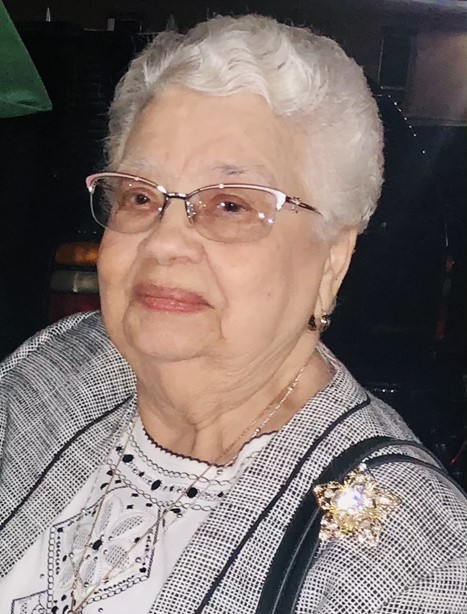 Barbara ‘Evelyn’ Lastrapes, a resident of the City of Inglewood for over 52 years, died of heart disease on March 21, 2021. The proud mother, grandmother and great grandmother, was born on October 14, 1932 to Raoul Domingue and Rose Juge Domingue in Erwinville, Louisiana. The youngest of nine siblings, Mrs. Lastrapes attended St. Francis Xavier Catholic School in Baton Rouge, Louisiana.

Mrs. Lastrapes had a heart for service and unselfishly made herself available to whoever needed her, especially her family. She was very close with her Inglewood neighbors during the span of her life in the City.  She lovingly cared for her husband, Malcolm, in his battle with Alzheimer’s disease until his death nearly eight years ago.

Mrs. Lastrapes was a devout Catholic, She was well-known for her Creole cooking, and she loved to sing. As a grandmother and great grandmother, she was always available to her grandchildren.

She was discharged from the hospital on hospice comfort care on February 21st where she was able to spend her last days with her family.  Her children considered it an honor to care for her until the end.  Family and friends visited and called her during those last days.  She was overwhelmed by the outpouring of love and affection she received from so many of her Inglewood neighbors.

Remaining to celebrate the memory of a life well-lived are seven children, 23 grandchildren, 30 great grandchildren, her sister, Mary Theresa Honore, and many cousins, nieces and nephews.  She will have a private burial service on Friday, April 23rd.

My Journey to the Inglewood Rams Coronation