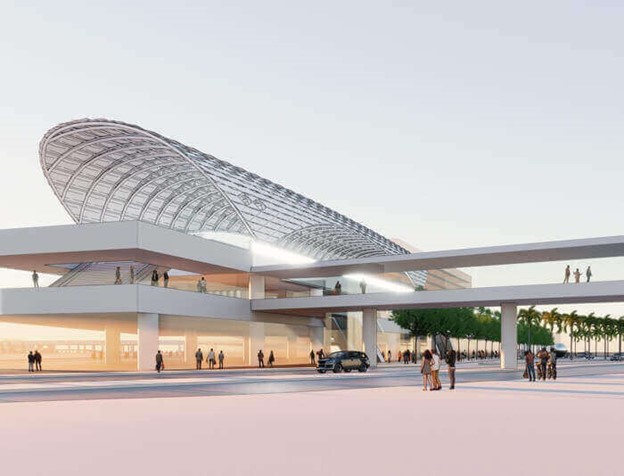 During this week’s council meeting the members received a comprehensive presentation related to the proposed people mover that will transport Metro Rail passengers from the Inglewood station on Centinela to the Entertainment District on Prairie Avenue. Among the progress highlights of the people mover it was reported that three stations will be established for the people mover, presumably at the Forum, SoFi Stadium and the eventual Clippers’ Arena; $95.2 million has been secured for implementation; and, the South Bay Cities Council of Governments has approved an additional $233 million in Measure R Highway funds for the project.

At the beginning of the council meeting a representative of the Coalition for Clean Air thanked the council and acknowledged the City of Inglewood’s support and participation in California Clean Air Day on October 7, 2020.

The Council conducted a public hearing to consider amendments to Inglewood Municipal Code Chapters 8 and 12 including Zoning Code Amendment 2018-01 (ZCA-2018-01) to establish Short-Term Rental regulations and another to consider an appeal of Planning Commission Resolution No. 1853, denying Special Use Permit No. 2019-014 (SP 2019-014) to allow the sale of beer and wine for off-site consumption within an existing convenience market at 400 W. Manchester Boulevard. The council overturned the Planning Commission‘s recommendation to deny the Special Use Permit to allow the sale of beer and wine and passed the measure with the stipulation that the store does not offer single servings for sale. The council members unanimously agreed that their decision was to support ‘Mom and Pop’ businesses that are so essential to the city’s growth and health.

Council approved Amendment No. 4 to Agreement No. 19-155 with Nossaman, LLP, increasing the contract by an additional $3,100,000 (making the total compensation maximum to date $4,528,000) for payment of legal services being provided to the City.

Council approved Amendment No. 1 to Agreement No. 20-084 with Trifiletti Consulting, Inc., to provide Program Management Services for the Inglewood Transit Connector Project, increasing the contract amount by an additional amount not to exceed $4,588,070.

Before closing the meeting Mayor Butts had the last word and as he usually does, addressed any public comments that deserve a response. He explained, in response to a citizen comment that the 2019 Water Quality Report, which is available online, indicated that the City of Inglewood’s water is safely within proscribed guidelines. He also explained that the cost of the people mover is the responsibility of the city and not the entertainment venues that will benefit because transportation infrastructure is a municipal responsibility. He added that the infrastructure requirements already completed for SoFi Stadium will be virtually free for the city of Inglewood and, like the people mover, will position the city for future investment, growth and development.

Finally, Mayor Butts explained that everything the council members do is for the eventual benefit of the residents. He cited the three percent rent control guideline, the rent assistance program, more infrastructure improvements than have been accomplished in the previous 25 years combined, and an accumulation of unrestricted financial reserves that have quintupled from 2011.

Mayor Butts said that Inglewood is set up for the future and the city’s accomplishments, particularly during these troubled times, are nothing short of remarkable.