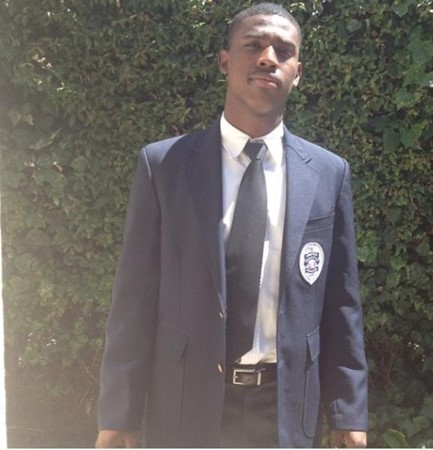 In 2014 Los Angeles Times Columnist Sandy Banks wrote a critical column about then Inglewood resident Brandon Spencer who had been hastily convicted of a shooting on the campus of the University of Southern California that resulted in the wounding of four individuals, none of whom named Spencer as the shooter. On February 19, 2021, Banks wrote another column where she expressed regret for writing a column that found no injustice in the 40-year sentence for a shooter at a party.  She said that she is now rethinking things and wrote the following:

‘In April 2014, I’d written a column castigating Spencer, who had just been sentenced to 40 years in prison for a mass shooting that wounded four people at a Halloween party on the USC campus in 2012.

The column was a harsh take on a tragic case. I was sick of writing about the innocent victims of senseless gun violence, like 7-year-old Evan Foster, who was caught in the crossfire of a gang feud at an Inglewood park and died in his mother’s arms.

I had no tears to waste on Spencer’s merciless sentence. “Pull a gun, go to jail,” I wrote. “This is real life, not a video game.”

Afterward many readers complained that I’d been cruel and unyielding in painting Spencer as little more than a “gun wielding troublemaker.”

Spencer, 19 at the time of the shooting, had legions of supporters who vouched for his character in court, including an LAPD officer. But police found the trappings of gang life — gunplay and gang signs, taunts and threats — in photos and posts on his phone.

The jury took only three hours to convict him. “Brandon Spencer ought to be considered an object lesson by wannabe gangsters carrying guns,” I wrote back then.

It never occurred to me that Spencer might be innocent. But that is what the podcast I was urged to listen to contends.

“Unjust & Unsolved,” created and hosted by radio producer and reporter Maggie Freleng, examines the cases of people who say they were wrongly convicted.

A recent episode featuring Spencer’s case argues that the evidence against him was thin, the prosecutors bloodthirsty, the defense attorney ineffective, and that USC was desperate to look tough in the wake of three high-profile murders of international students.

“Brandon should not be serving another day in prison,” Freleng said on the podcast last month. His legal advocate Patricia Cardenas insists he is an innocent kid “who was just thrown to the wolves.”

The podcast is insightful and intriguing — and it bolstered my belief that Spencer was innocent. Two years ago I was asked by Spencer’s father to join him in a meeting with an individual who testified against Brandon who wanted to recant his incriminating testimony.

Aside from the fact that there were no fingerprints or other DNA material on the gun that was found after the shooting that matched Spencer’s; there was no gun powder residue on his hand or clothing and there was no video evidence against him, the USC-educated prosecutor, supported by a USC-educated District Attorney, was able to convince a jury to find Spencer guilty of the shooting as they hastily reached a verdict late on a Friday afternoon so they would not have to return the following week to continue deliberations.

The podcast makes clear the injustice of a mandatory 40-year term for a young man who killed no one. Spencer had no significant criminal record, worked steadily as a security guard, and had plenty of upstanding people in his corner.

Brandon was reared in Inglewood, when guns were plentiful and warring gangs battled openly. In 2011, he was shot in the stomach outside the Proud Bird restaurant. The theory was advanced that the USC shooting was payback for that, even though as previously indicated, neither the primary victim nor the three additional victims identified Spencer as the shooter. In addition, the eye witness that I interviewed acknowledged that Spencer was not the shooter. And Spencer has denied being the shooter from the very beginning.

Recently elected DA George Gascon is trying to do away with sentencing enhancements that add prison time and California has plans to revise its juvenile prison system, which could have an indirect baring on Spencer’s parole hearing.

Spencer has a court hearing scheduled for the near future. It is his hope and that of his family and loved ones that he be released from the state penitentiary for time served, which will give him another lease on life and an opportunity to be a positive and contributing member to the community and the City of Inglewood.

Rep. Waters Statement on the Death of Andre Harrell