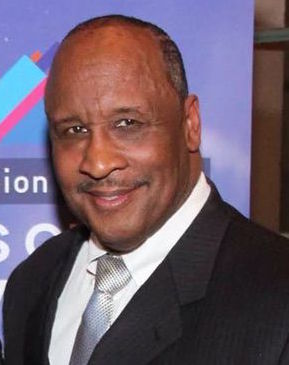 Inglewood Mayor James T. Butts, Jr. has been selected for the fifth consecutive time to yet another prestigious list after being honored as one of the most influential leaders and executives in Los Angeles by the Los Angles Business Journal.

Established in 1979, the Los Angeles Business Journal is a powerful weekly newspaper and online outlet that covers local business news with combined circulation of 64,000.

Named LA500, the fifth annual edition pays tribute to the most influential leaders and executives in the Los Angeles region.

Even during the chaotic COVID-19 pandemic the LA500 are individuals who have continues their dedicated public service and some instances instrumental in addressing the pandemic through innovation.

Butts was among a list that included the likes of Patrick Soon-Shiong who bought St. Vincent Medical Center and is searching to discover a vaccine for the virus, as well as executives Thomas Priselac, Cedars-Sinai Health System Chief Executive and others.

Before and during the Pandemic, Butts has proved to be a steady, smart and pragmatic leader for a city that is one the cusp of arguably the greatest renovation during modern times.

Inglewood has gone from a city plagued by a massive deficit, crime and high unemployment to one with a $54 million surplus, prosperity and thousands of well paying jobs.

The Business Journal credited Butts with being the primary mover in securing two NFL teams and constructing the $6 billion SoFi Stadium.

LA500 pointed to the stadium project as being the centerpiece to an extensive entertainment-commercial-residential development at the former Hollywood Park racecourse site.

In addition to serving at mayor of Inglewood, Butts also is the newly elected chair of the Los Angeles County Metro Transit Board that he spearheaded $233 million for overhauling lines that will connect the Crenshaw-LAX light rail line to SoFi stadium.

LA500 rundown is complete with the region’s real estate power players. The industry drives much of the local economy, and it makes up the largest category on this year’s list.

While business may have slowed, it hasn’t stopped. People still need places to live. Cargo still has to be stored and distributed. Properties still need to be developed.

And while this edition of the LA500 contains the full complement of 500 names — including nearly 100 new members — the list still feels short by two names.

The first would be the recently departed developer Jerome “Jerry” Snyder, who held a revered place on the list during its first four years. The other name, of course, is Kobe Bryant, who inspired much of the planet as an athlete and a businessman before leaving us far too soon earlier this year.

But just as the city rallied following the tragic loss of Bryant, it’s likely it will do the same in the coming months as businesses figure out how to work through the coronavirus.