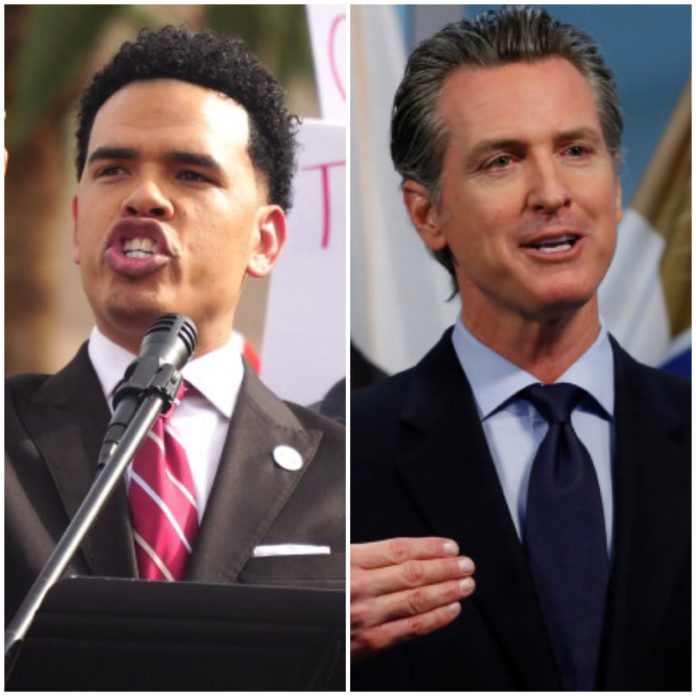 African American and other foster youth advocates are applauding Gov. Gavin Newsom’s pledge of $42 million in aid for foster youth during the COVID-19 pandemic. But many of them are warning that the money needs to come with a hold on emancipations, legal parameters and clearer guidelines for spending.

“Every child deserves to grow up in a safe, stable and nurturing environment free from fear, abuse and neglect,” said Newsom, speaking at his daily press conference Monday. “Our foster youth and the families who care for them need our support to get through this difficult time. We’re ramping up funding on initiatives that keep families together and support the social workers who provide critical services to help families thrive.”

Of that $42 million, a little over $1.8 million will go towards helping facilities take care of foster youth that otherwise might have aged out of the system.

“Approximately 200 young adults age out of the foster care system every month. Too many of them are at risk of homelessness and food insecurity,” the governor said. “During this crisis, foster care payments and eligibility will be extended to help them maintain their living arrangements and to provide food security.”

But advocates for the transition aged youth population remain concerned about what may happen once the state’s shelter-in-place orders are lifted. They say factors like drug use, mental illness, and people who fail to successfully transition from youth foster care to adult independence, all contribute to the high rate of homelessness. And on top of that, they will be entering a shattered economy with limited job opportunities.

African Americans in California are nearly 12 times more likely to be unsheltered than Whites. And according to Los Angeles County health officials, African Americans are dying of COVID-19 at a higher rate than other racial groups. Although these findings are incomplete, they do reflect data regarding African American COVID-19 mortality rates nationwide.

Every year, most states, including California, cut off financial support to about 5 percent of the children in foster care after they turn 18 years old.

Some former foster kids keep getting the money up to a year later: at 19 years old — that’s if they are still in high school.

But within just 18 months of their emancipation, about 40 to 50 percent of those young adults become homeless, according to Hope Forward, Inc., a non-profit that advocates for young adults previously in the custody of the state.

And after they no longer have a permanent place to live, counties and cities – and even the state and federal government – often exclude those unsheltered former foster children from annual reports and other official documentation like census point-in-time counts, activists say.

Shane Harris, CEO of the People’s Alliance for Justice (PAJ), a nationally known civil rights and social justice organization, has led the efforts in his region and statewide to shed light on what he calls one of the most vulnerable populations in the state. Harris is a former foster youth.

Harris and the PAJ pointed out the dangers facing foster youth who will age out of the system during this crisis in a conversation with California Black Media. They also praised Gov. Gavin Newsom’s swift response in addressing their concerns and issuing an executive order that ensures these young people are not thrown out into the streets in the midst of a pandemic where one of the best preventative measures is sheltering in place.

The PAJ along with the California Coalition for Youth and the University of San Diego Child Advocacy Institute, and others, asked Newsom to place a moratorium on foster youth emancipations for 180 days — or until the state chooses to rescind its emergency declaration.

“We believe that ceasing any unwanted emancipations until October 2020 would allow for the economy and other things to hopefully start recovering and would allow for those in our child welfare systems to have some level of stability at the time of emancipation,” Harris wrote in a letter to Newsom.

California’s U.S. Congresswoman Karen Bass (D-CA-37) also spoke up for youth who are in the care of the state.

“When a child ages out of the foster care system by turning 18 or 21, they’re sometimes kicked out of where they were living, given their possessions in a trash bag and told ‘good luck,’” Bass said. “It was wrong to do it before this pandemic, and it’s especially wrong to do it now.”