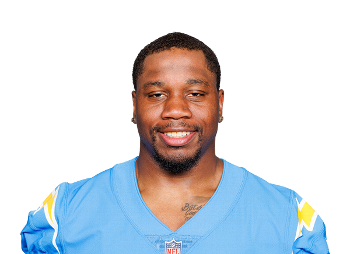 It’s the Chargers and not the Rams that is projected to emerge as Super Bowl contenders when all of the games and stats have been calculated at season end.

After just a molecule sample size, we just talking about one game, the Chargers punched the rival bully Raiders in the gut but the Rams got ambushed by the Bills in a TNF nationally televised home opener.

The Rams defeat was so bad, it appears that head coach Sean McVay has amped up pressure on his underwhelming and listless squad, challenging running backs to do more with their opportunities.

As the low flying Falcons flop into to SoFi Stadium this week in a contest of two winless teams, the Rams are trying to avoid being a Super Bowl team that begin the season in a rabbit hole, and although 1993 Cowboys, the 1996 Patriots and 2001 Patriots and the 2007 Giants overcame that dubious distinction to achieve greatness the Rams do not want to sink two games in a row at home.

Meanwhile, the Chargers will be trading places with the Rams on TNF, a nationally televised contest against divisional rival Kansas City and its majestic quarterback Patrick Mahomes II whose team put up more points (44) during week one than any other team in the league.

Doesn’t  appear they miss the defenseless offensive Tyreek Hill that they traded for a massive haul of five draft picks from the Miami Dolphins.

In what is anticipated to be the most competitive division in the NFL, the Chiefs and Chargers are in the driver’s seat (Denver lost on MNF to Seattle) but the winner of this game will seize a lead heading into two week reprieve from divisional foes.

Chargers second year head coach Brandon Staley walked into post-game press conference looking stoic as what appeared to be a triage of injured players received treatment behind the black drapes just a wall or two away.

“We needed everybody on this team in order to finish this game,” Staley told the reporter following their 24-19 home victory over the Raiders. “In all three phases of the game you saw that depth express itself. You saw it in the kicking game, the punt game and then a couple of guys that stand out to me is when Keenan (Allen) went down you saw “DC” DeAndre Carter come in and has a huge touchdown and has a couple of huge catches for us and give us a huge lift and then all of the receivers who had to step up when Keenan goes out, I thought was really- really big for us.”

Staley alluded to Allen, the team’s most reliable receiver who suffered a hamstring injury that will likely keep him out for at least two games and the 5’8 Carter who will again loom large this week against the Chiefs who had three catches for 64 yards and a touchdown.

As always it was the ‘Golden Gun’ of Justin Herbert that propelled the Chargers to the win. Herbert finished with a QBR of 129.4, absolutely off the Richter Scale, on 26 of 34 completions for 279 yards and three touchdowns.

His ability to get rid of the football within 2.5 or 3 seconds, is a credit to his vision and ability to examine the defense, read it and then make a decision that will benefit his football team is the ultimate separator from other star quarterbacks in the league.

However, if the Chargers are going to make a deep run in the post season it will be because of their organizational depth, with contributions from the likes of free agent Carter, second year corner Asante Samuel Jr., Kenneth Murray Jr., running backs Joshua Kelley, Sony Michel    and Isaiah Spiller.