The Los Angeles Chargers and quarterback Philip Rivers have mutually agreed that Rivers will enter free agency and not return to the team for the 2020 season.

“After stepping back a bit from last season, we reconnected with Philip and his representatives to look at how 2019 played out, assess our future goals, evaluate the current state of the roster and see if there was a path forward that made sense for both parties,” said General Manager Tom Telesco. “As we talked through various scenarios, it became apparent that it would be best for Philip and the Chargers to turn the page on what has truly been a remarkable run.

“We agreed that making this decision well before free agency would allow everyone to put themselves in the best position for success in 2020.

“I’ve said before that Philip can still compete at a top-starter level and, in a perfect world, number 17 is your quarterback forever. Obviously, we live in an imperfect world where the only constant is change. I think Philip’s tremendous perspective, both when it comes to football and when it comes to life, helped lend clarity to a very complex situation.”

“I am very grateful to the Spanos family and the Chargers organization for the last 16 years,” said Rivers. “In anything you do, it’s the people you do it with that make it special. There are so many relationships and memories with coaches, support staff and teammates that will last forever, and for that I am so thankful.

“I never took for granted the opportunity to lead this team out on to the field for 235 games. We had a lot of great moments, beginning in San Diego and then finishing in LA. I wish my teammates and coaches nothing but the best moving forward.

“I’m not sure what the future holds, but my family and I look forward to seeing what God has planned for us next.

Rivers, who owns more than 30 franchise records, ranks inside the Top 10 of the NFL’s all-time lists in numerous categories. His 123 career regular season victories as a starter rank ninth in NFL history, ahead of the likes of Johnny Unitas, Joe Montana and Jim Kelly. Sitting at No. 6 on the all-time touchdowns list with 397, ahead of John Elway, Montana and Unitas, Rivers joined Drew Brees, Tom Brady, Peyton Manning, Brett Favre and Dan Marino this past season as the only players to eclipse 58,000 career passing yards. His 70 300-plus passing yard performances, more than all-time greats Marino and Favre, are good for fourth in NFL history behind only Brees, Peyton Manning and Brady.

“Through 16 seasons, 224 consecutive starts and more ‘dadgummits’ and ‘shoots’ than any of us can count, not only has Philip Rivers been our quarterback, he’s been the heart and soul of our organization,” said Owner Dean Spanos. “He wore a bolo tie and cowboy boots to games. He introduced us to ‘Nunc Coepi.’ He always went out of his way to interact with the fans, and he even made fans of nuns. Over the years, I think he broke just about every team record in the book and, simply put, it was just fun to watch him play football.

“There’s only one Philip Rivers, and we’ve been fortunate to call him our QB1 for the better part of two decades. We cannot thank Philip enough for giving it his all on every single down and for the memories he created that will last a lifetime.”

Rivers’ streak of 224 consecutive starts is a franchise-best and the third longest since 1970, trailing Favre (297) and Bruce Matthews (229). In 2014, Rivers became the first player in NFL history to post five straight games with a passer rating of at least 120 in a single season. Four years later, he posted the most consecutive completions in NFL history, connecting on 25-straight attempts in a 35-point home win over Arizona.

An eight-time Pro Bowler, Rivers trails only Larry Fitzgerald, Joe Thomas, Jason Peters and DeMarcus Ware among players that entered the NFL since 2004. A 2011 Walter Payton Man of the Year finalist for his work with the Rivers of Hope Foundation that raised more than $1 million to help abandoned and orphaned children, Rivers is tied with Antonio Gates for the second-most Pro Bowls by a Charger since the 1970 NFL-AFL merger, trailing only Junior Seau’s 12 selections. 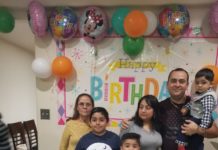 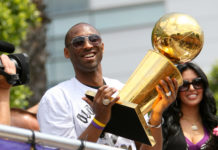 MY MEMORIES OF KOBE BRYANT 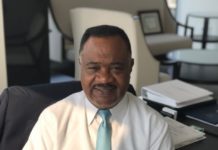 WWE is Another Inglewood Crowning Affair