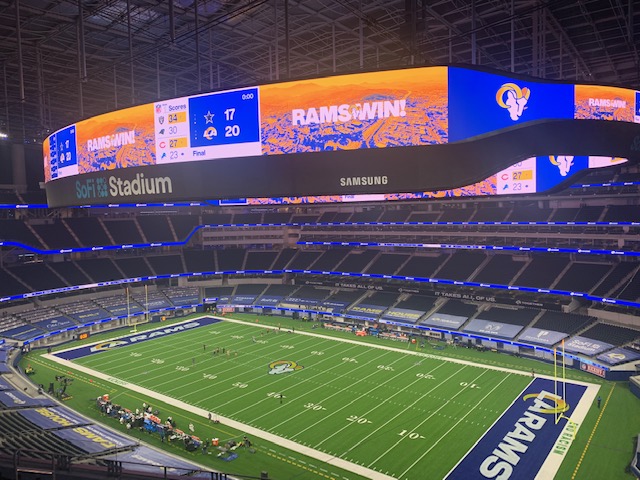 We all have been waiting for this with abated breath before the first cement truck start pouring, but when the moment finally did arrive it was a look but don’t touch sort of thing.

SoFi Stadium the $6 billion venue that has been the talk of the sports universe and the saving grace for the City of Inglewood got silenced by COVID-19, an invisible albeit deadly pandemic that continues to dictate who we live, work and play.

So, the majestic oculus unveiled on Sunday Night Football featuring two of the NFL’s most popular franchises in the Rams and effervescent Dallas Cowboys should have been a celebration, but felt more like a memorial.

Traveling to the stadium north down Prairie Ave. from Lawndale, then right onto Century and left onto Yukon into the parking structure surrounding SoFi should have been long and enduring, a headache with traffic, but instead was without congestion at all.

One Hispanic family could be seen taking a stroll inside the parking structure, not wearing any football decorations or hints of a favorite team.

There were several news trucks in Parking Lot F, and cars in Lot E that had to be separated by two spaces because of the coronavirus pandemic.

The one good thing about this surreal adventure was there were hundreds of people, specifically minorities working at SoFi Stadium.

After multiple security checks, and mandated facemask affixed then I was ready to go into SoFi Stadium.

The booming sounds of rap music from the 70,000 square-foot dual-sided, center- video boards. The Samsun beast is the first and only 4K end-to-end video production in sports history.

All of the opulent suites, bars and restaurants were closed dark. The duel Rams/Chargers souvenir gift shop glass doors locked sealed and lights off.

Those seats that were to occupy spectators too dusty to even touch, folded upright towards the closed roof atop the oval spectacle.

Instead a fiesta of foods defining the culture of its fans, just mere box lunches were served to media, workers and others. Not a scent of hot dogs or any food permeating the air.

Once I headed towards the elevators that eventually lifted me to the massive press box to accommodate the essentially the only fans allowed to see the first event in the stadium, I instantly noticed the Plexiglas separating every two seats so that member of the media would not possibly spew the wicked coronavirus.

Oh, there was one scribe Bill Plaschke who had recently recovered from COVID-19, nearly dying in the process and he still did not resemble the robust once healthy man he was.

This after we all had our temperature checked before we were allowed to enter the stadium.

While seated in my isolated assigned location I noticed I couldn’t hear the much or anything one the field. The tree branch crackling sounds of helmets and pads colliding, gone…

I figured I’d be better off venturing down to one of those empty 70,000 dusty seats to just fell like I was at a football game.

So, I did just that and still it was surreal with ambience of fans filling out the air with jeers and cheers.

The ratings on NBC told a rather weird story. Only 18.9 million watched, tack on another million or so for the digital platform. Hindsight would lead one to believe that since no tailgates or fans were allowed they’d be whooping and hollering in the confines of their home, but not to the degree that they should.

The second act at the stadium will play out on Sept. 20 when the other tenant, the Chargers play their home opener against the defending Super Bowl Champion Kansas City Chiefs.

Here’s being thanking that those rude, anti social justice fans that were allowed to see the Chiefs at Arrowhead Stadium in their home opener are allowed to come here.

Yes, it was historical. Yes it was monumental that Inglewood got its introduction to the world stage, but it did have the feel of any of that. Thanks in large part to COVID-19. 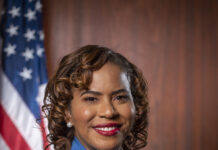 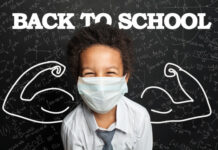