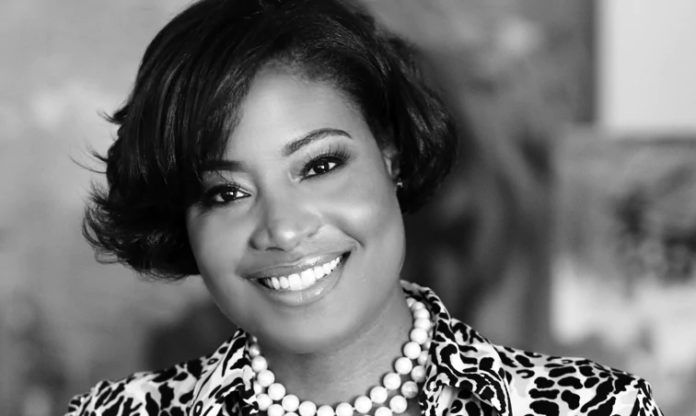 The Lakers announced the hiring of Dr. Karida Brown as the team’s Director of Racial Equity & Action on Thursday, and on Friday, as the franchise celebrated Juneteenth, Dr. Brown joined members of the media on a Zoom call.

Dr. Brown explained her goals in educating the Lakers further in the organization’s push towards progress on racial and social issues, and detailed how the partnership developed.

It started in recent weeks when Lakers COO & President of Business Operations Tim Harris reached out to the sociology department at UCLA, looking for direction on what professor specialized in race and racism. He was connected with Dr. Brown, who asked if the Lakers organization was a non-racist organization, or an anti-racist organization.

“I was super happy when Tim responded, ‘You know what, we hadn’t necessarily thought about it in those terms, but I can say that we are aspirationally anti-racist,” she said. “And I got really excited by that because in that statement, there was so much that recognizes that there is this aspiration, but that’s a process to get there. And throught a number of conversations, Tim invited me to come along with (the Lakers) on that journey, and I happily accepted.”

Initially, Dr. Brown led Zoom calls with the entire Lakers staff, before she formally joined the franchise in her new position.

The NBA community has been on the front lines of late, from players across the league joining peaceful protests, speaking out about racial justice and equality, and even forming organizations like LeBron James’ “More Than A Vote.”

“The world completely changed in this COVID moment where we all had to sit down and witness these heinous killings at the hands of the police with George Floyd, Ahmaud Arbery, Tony McDade and Breonna Taylor, and many others that aren’t being circulated in the media as heavily,” said Dr. Brown on a Juneteenth Zoom call with reporters. “This moment has pierced the moral consciousness of not only the United States but the world, and we ushered into an era where this question of systemic racism, this question of anti-black racism, police violence, racial violence, (came to) the forefront … this time, the world is looking at everybody, including organizations.”

Dr. Brown, a tenure-track Assistant Professor in UCLA’s Department of Sociology as well as their Department of African American studies, explained the difference between a non-racist and an anti-racist.

“Non-racist is rooted in a colorblind mindset,” she stated. “It means, ‘I don’t see race, I just see people … I’m so sorry that happened, I’m offering you thoughts and prayers.’ It is situated in a disposition that perhaps has good intentions to do no harm to others and wish good to your fellow human being, however, it’s not action oriented, and allows one to not see the racial inequities that are rooted in systems.

“Anti-racist on the other hand insists upon seeing race. Anti-racist also takes an affirmative position that it is against racism … in that it situates one to ask yourselves, ‘What is it within my power, what can I do, to identify and name these places, these mechanisms of racial inequality and then what is within my power to do something about that. That is an anti-racist stance.”

Dr. Brown feels that the Lakers are in a position to respond to the ‘What can I do’ charge because “We are such a great brand, a global brand, and have such a broad platform … we hope to continue to be industry leaders, not only in the business of basketball, but as a moral organization.”

Sports has long been an avenue to elicit social progress and change, and in America in particular, athletes like the aforementioned LeBron James, or Kareem Abdul-Jabbar – who has for so long been an extremely strong advocate for equality.

“There is a long history amongst athletes, particularly black athletes, using their platform to further causes, particularly causes that hit us right at home in our communities on these issues of racial injustice and inequity,” said Dr. Brown. “We will see more of that. We need those voices.”

Most directly in new current position, Dr. Brown wants to do her part to help educate the Lakers employees.

“My primary responsibility is to the staff,” she said. “While I am a resource to everybody within the Lakers family including players and the executive board, my primary goal where I see I can make the biggest impact is making sure that I empower the staff, over 150 people, to have the education, the resources, the knowledge, the partnership so that they can all be empowered to be those changemakers in the world that they want to be. This all starts with education, and what I want to prioritize in my role is rooting that educational component within the organization so that it’s accessible to all staff.”

A first step towards that end was to recommend a reading list, which has been shared with the staff. Initially, the Lakers have provided each employee with the resources to purchase at least one book, and are encouraging the use of local Black-owned book stores. (Black Lives Matter Reading Resources)

Moving forward, Dr. Brown is here to oversee that continued education on race and racism for the Lakers and – as sports is so often a good metaphor for the rest of society – for everybody else.

UNSPEAKABLE Joe and Pam have lost their only son forever

DeSean Jackson looks to continue community impact in his hometown