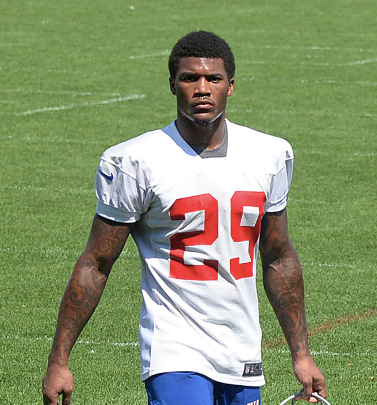 By Harmony Wortham New York Giants safety Kamrin Moore, 22, was arrested over the weekend for an alleged domestic violence-related incident. Far too often we see these young NFL players throw their careers in the trash because they couldn’t control their anger. Now there is a new rule in effect that will hopefully help them keep calm when they are in rage knowing that there are going to be severe consequences for their actions should they choose to act or react violently in any situation. The new rule suspends the player on the first offense for 6 weeks, no matter what the details are surrounding the case. On a subsequent offense, they could be suspended for life.

A woman who “alleged” to be dating the ball player since January 2019 came over uninvited last week to his Linden, New Jersey home after blatantly being ignored. She apparently was not happy about his new girlfriend being at the home upon arrival and the two women began to fight, which ultimately landed her in the hospital being treated for bruises and abrasions on her face and neck. She alleges that Moore stepped on