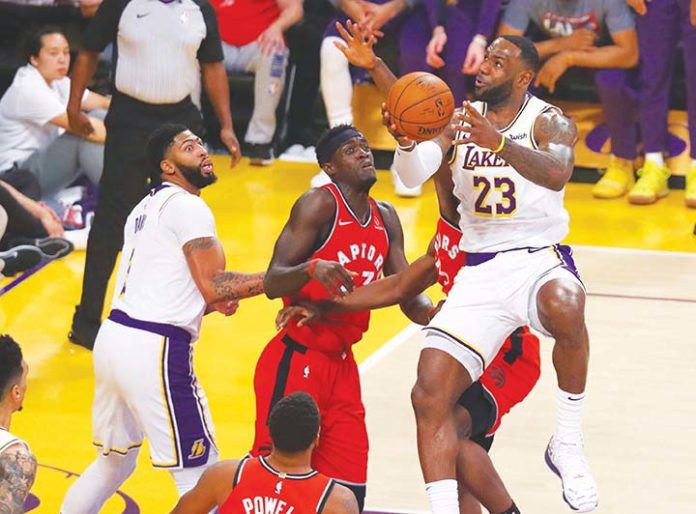 It was on opening night October 22nd, when the template for 2019-’20 NBA season was established. The new look Clippers sent an emphatic message to the Lakers and the rest of the league with a resounding 112-102 victory over their L.A. rivals in their “home” debut at Staples Center.

Reigning Finals MVP Kawhi Leonard went off for 30, shooting 10 for 19 from the field in an effort that stamped him as the early candidate for best player in the league and the Clippers as the odds on favorites to capture the franchise first ever NBA title.

The Lakers were embroiled in the questions whether LeBron James should play point guard and if the pieces surrounding him and Anthony Davis were competent enough to end the Lakers championship draught of  9 years. The divide between the two teams was equal to the Democrats and Republicans.

That was roughly two months ago, but when the Lakers and Clippers renew their rivalry on Christmas Day in a prime time affair the teams will be on complete opposite ends of the spectrum.

LeBron… is well LeBron again. Averaging 25 points and 10 assist, Anthony Davis is tallying 27 points and 9 rebounds and is among the league leaders in blocks and the Lakers are atop the Western Conference and shared the best record in the NBA with the Milwaukee Bucks with 24 wins at press time.

The two teams have separated themselves from their Western Conference foes, but LeBron has reclaimed the status as the best player in the world. Davis has proved to be a perfect fit and Gerald Green clutch 3 pointers has since made the Lakers the favorite to win the NBA title.

The Lakers/Clippers Christmas day affair will only provide for fodder until they meet again, but in reality it’s not likely to matter much which team is first or second when the playoffs begin.

What will likely matter most will be the health and depth of best teams in the West, and arguably the league.

Can the Lakers manage to keep LeBron’s minutes down and more importantly keep Davis is one piece long enough? Can Leonard and Paul George stay healthy? George didn’t suit up that opening night victory, but has since returned with a vengeance.

The most important question on Christmas day, will not be which team one, but more importantly what team hoist the NBA Title in June. That’s what LEBRON JAMES IS ALL ABOUT!!!