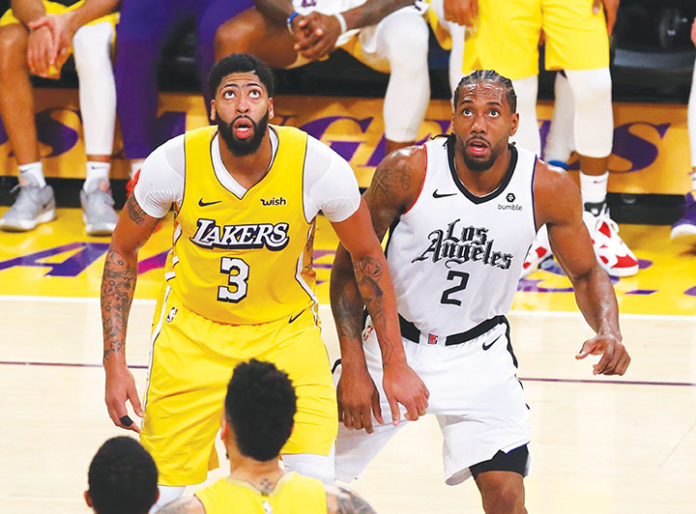 The Clippers sent the city of Los Angeles into a disarray on Christmas day after routing the Lakers 111-106 on one of the happiest days of the year. The Lakers are now 0-2 against the Clippers this season.

It was just another game to some fans but to others, it was a glimpse of what the Western Conference Finals could possibly look like. Clipper fans are still on a high horse days after beating the Lakers not once, but twice this season.

On the other hand, Laker fans are livid and are not shying away from sharing how they feel. In fact, a longtime diehard Laker fan Calvin Broadus who many know by his stage name Snoop Dogg, posted a video on Instagram spewing out some very unpleasant words.

The words were so explicit- we couldn’t quote the video. Nonetheless, he made it very transparent that the Lakers spoiled his Christmas and he hates losing to anybody but the Clippers. I don’t think Laker fans will dissent to that statement.

Well, it appears the Lakers received the rapper’s memo. Lakers big man Dwight Howard commented on the video via Instagram typing “You crazy unc, appreciate the passion, we gone be good man.”

While Laker fans are still in disbelief about the loss days later, Clipper fans continue to rejoice and claim bragging rights in Los Angeles. Clippers Fan by the name of Clipper Darrell trolled Snoop Dogg on twitter after the loss.

“Yo Snoop Dogg, there is a new sheriff in town! The Laker Era is over. It’s Clippers time.”

My apologies Darrell, but I will have to disagree with you. The Lakers technically beat themselves throwing up jumpers in the fourth quarter that could not find the basket. Laker fans can also argue that the dynamic duo Lebron James and Anthony Davis were both battling injuries. Davis was pampering an ankle sprain- while James was recovering from a groin injury.

Though, I will point out that the Clippers amped up their intensity in the fourth quarter and the Lakers just couldn’t match it. They also ran the scoreboard up with lots of free throws.

So… what does the Lakers need to do to gain their fans trust back?

The Clippers edge is mental. The Lakers are a good team and have showed it throughout the season. The little things are hurting the Lakers. James will need to make his free throws and play aggressively. Turnovers are problematic for the Lakers and they need to go to the drawing board and correct this before January 28th. They also need a perimeter guy who can play isolation, the Clippers have three guys.

“Unless something unforeseen happens, The Terminator will be ready.”