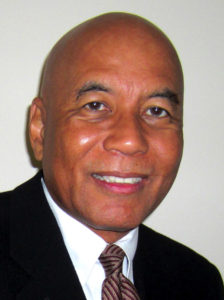 (Editor’s note: Last week Inglewood Today published a front page article that within it challenged Inglewood Unified School District Board president Dr. D’Artagnan Juc’qualle Scorza, who after publication unilaterally criticized the newspaper, the city, the mayor all the while not accepting any responsibility for his own actions leading a board that has been responsible for allowing iconic schools to close and our students leave the district in record numbers for higher performing charter schools and outside the area private and public schools. The author of this letter Joe Bowers has been a steadfast advocate of education of our children for decades and has closely monitored and advocated for change within the district. Scorza sent Mr. Bowers a letter and here is his response. Opinions of Mr. Bowers are expressly those of his own and does not reflect Inglewood Today position on Mr. Scorza or the IUSD.)

Why are you harassing me by sending this email that appears to be a response to an email sent out by Bishop Young.  Cease and desist and don’t do it again.

I have a few minutes so I’ll give you my reaction to your email since you sought me out. I hope you don’t mind that I blind copy some people on this response like you did with your email.

Because I know you very well having worked on Measure GG and the Dotson Campaign with you, I don’t believe you know the meaning of truth nor have much practice telling it. So when you call out people for creating false narratives, maybe you should listen to yourself and read your own writing. You know from experience that I’m not easily fooled.

You say that closing Warren Lane is just a rumor. Then please have a talk with Dr. Torres. She didn’t get the message and is giving Warren Lane parents that impression. You gave a presentation to the parents and used a slide that said “Rationale for Warren Lane Consolidating to other IUSD schools.”  Most people would think the school was being closed.

You mentioned Donald J Trump’s tweeting. Did you know you both share the same first two initials, D’Artagnan Juc’qualle? There must be something about having those initials,  D.J., that makes you want to talk about yourself all the time and want everything to be about you. You probably could have made your point in your email without inserting up your life story. But then I’m not sure what your point was anyway.

By the way, how dare you take Michelle Obama’s name in vain?

You don’t talk about that job experience in public do you?  Conveniently, you left it out of your school board bio. Perhaps had you said something because you care so much, those fiscal mistakes could have been corrected before the school district had to assume responsibility for repaying the money and having to divert $1.8 Million a year for the next 20 years. Borrowing that money is a part of why IUSD is struggling financially today and why you have to work so hard and make tough decisions.

You bring up your military service. Thank you for volunteering to serve. I come from a military family so I’m aware of the sacrifices those in the military make. I also know that most military jobs don’t put you in harm’s way but if you don’t elaborate on what you did in the service those who don’t know you might think you were a warrior.. I guess the Navy didn’t have that impression of you. In fact, these are words you used to describe your Navy service on some application.

·       Managed a semiannual $100,000 budget for independent operations and unit equipment

·       Directly responsible for records upkeep, led and managed the transition of more than 3,600 personnel documents from paper to electronic format

·       Communicated and coordinated Continental U.S. and International Operations for the travel of Navy personnel in out of area of responsibility and hostile zones

·       Supervised and directed individual deployment of Navy personnel while deployed in Baghdad, Iraq from February 2005 to        August 2005

I guess you weren’t awarded a purple heart because you would have let everyone know but if you do have one that must have been some paper cut.

In your narrative you say that IUSD will receive funding under AB1840 “if we comply with the following:

–         Growth and maintenance of budgetary reserves

That is true, but the law does not require IUSD to take those specific actions. They are among a list of actions that IUSD “may” not “shall” explore and undertake to receive the funding. So if you are implying that closing Warren Lane is an action that AB 1840 requires the school district to take to receive funding, then you are being misleading.

COVID-19 has affected the school budget, but it’s not an excuse for not engaging the community in the decision to close Warren Lane.  And your reference to the May Revise cuts is moot, because Governor Newsom and the Legislature have agreed to restore many of the cuts proposed in the May Revise.

I could respond to what you’ve said about Mayor Butts and Inglewood Today, but they can handle that.

I’ll finish by saying the Inglewood community is sure lucky you came back to help fix the school district and greatly appreciates it that you support Black Lives Matter.  I suggest you add working hard on that truthiness thing if you want people in Inglewood to take you seriously.