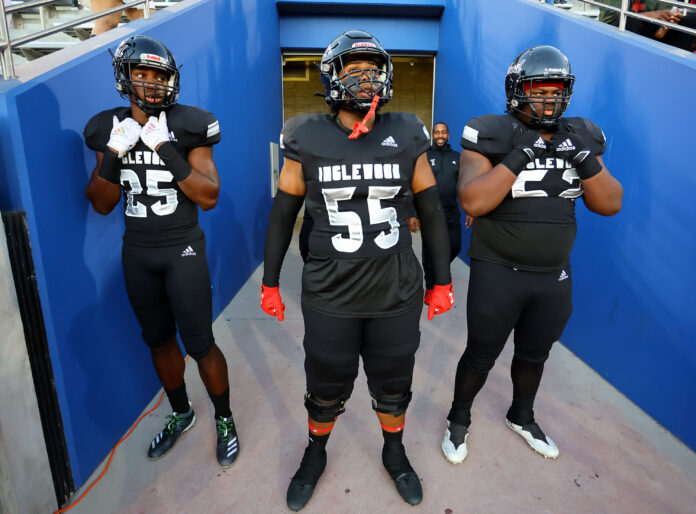 Last year the Inglewood/Morningside football classic was a disaster as the powerful Sentinels dismantled the hapless Monarchs, 106-0, prompting a national outcry of poor sportsmanship and an outpouring of criticism launched at Inglewood coach Mil’Von James.

The California Interscholastic Federation issued a scathing rebuke of the program, local and national newspapers opined on the shellacking, frequently ridiculing James and his football program.

Two things happened last year that should not have happened. First and foremost, Inglewood should not have scored 106 points and secondly and most critically there was no reason for the team to still have the majority of its frontline players in the game and going for two points conversions.

Some even argued if the rivalry game should have been played or if in fact it should be continued when the Inglewood-Morningside Classic resumes on Friday October 28 at El Camino College beginning at 7p.m.

Should Roosevelt and Garfield which was recently played at the Los Angeles Memorial Coliseum continue to be played?

Should Banning and Carson continue? How about Crenshaw & Dorsey?

The Inglewood/Morningside football game represents more than a scoreboard. It is a timeless tradition of two City of Inglewood high schools which throughout the years have produced some remarkable student athletes.

Included among them are former NFL players from Inglewood such as Shaquelle Evans,

When they square off this week, Inglewood will be the prohibitive favorite, especially after winning all 9 of its games, with five shutouts among the lopsided scores.

Morningside (3-4) is vastly more talented than it was a year ago, but far inferior to the Sentinels which is among the top ranked teams in the State of California.

There are some who want the rivalry to cease, but the two schools represent much more than shoulder pads, helmets and stylish uniforms.

“The Inglewood/Morningside game is the heart and soul of our City. The game is one of honor, glory and bragging rights for the crosstown rivals.”

And for anyone who still has a pulse, that should mean something today, tomorrow and always.

Biden clings to lead for President