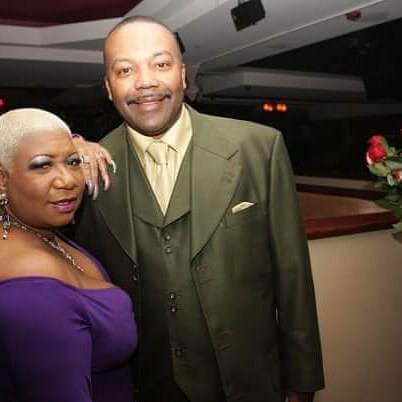 Rouse stated, “Inglewood has seen a lot a growth within the last few years with the new Sofi Stadium and the upcoming LA Clippers Intuit Dome. Rouse recognized a need to include additional entertainment. Bringing live comedy and laughter creates enjoyment. Providing monthly comedy shows will certainly create a buzz with upscale grown up entertainment produced by top LA Promoters.  Rouse House Entertainment and First Fridays Productions are thrilled to give awesome hilarious comedy shows. A portion of the proceeds will be donated to The Roland and Lisa Wirt Foundation.”

Comedienne/Host and Business Partner- Roz Washington is no stranger to Show Business. She has been busy with her own show on Sunset Strip. She is based in Los Angeles and tours throughout the USA.  She has made a name for herself in Hollywood as “Pay the Lady Productions.” Recently she performed at the world famous LAUGH FACTORY with her name in bright lights on the marquee. Her style is inspired by some of the greats in Comedy – Carol Burnett, Lucille Ball, Moms Mabley and with a hint of Martin Lawrence. As the Host of Funny 4 Real, Roz will have a major role in booking the funniest comedians on the West Coast.  Roz will keep the audience laughing with her high energy and explosive performances as she introduces the Funny 4 Real Headliners each month.

Tommy Chunn, Comedian and Business Partner, grew up in both Detroit and San Diego. Tommy will be booking the East Coast & Mid-West Comedy Stars. Tommy shared that he first found out that he was funny while telling jokes at his new high school in San Diego. “Being one of the only African American students at my high school, I felt one way to make friends fast was to tell jokes.” After returning to Detroit, he was able to do ‘stand up’ and theater performances. He learned a great deal from Legendary Detroit Comic Downtown Tony Brown. He compares himself to Jack Black but ‘hood.’ His material is based on relationship humor, sketch comedy, animated, energetic and over-the-top comedy catering to a very diverse crowd. Many will remember Tommy from “Def Jam,” “Comic View,” ‘The Apollo Theater,” “The Bernie Mac Show and his unforgettable role in Master P’s “I Got The Hook-Up!”.

The headliners for “FUNNY 4 REAL” are: the Legendary A. J. Jamal, Tommy Chunn, Jammin Jay Lamont and Kamira White.