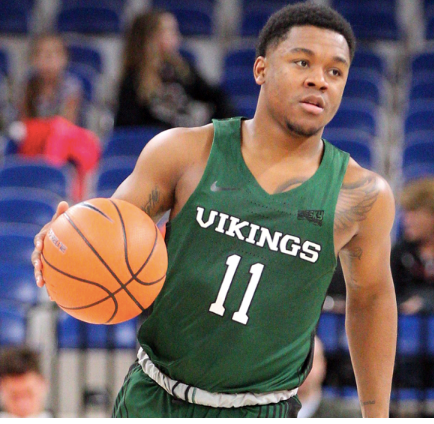 Earlier this month police in Portland, Oregon, responded to reports of gunfire at a family dwelling around 2 p.m. on a Friday afternoon. Upon arrival they identified, Deante Strickland, as the man fatally shot; and the two others wounded (but likely to survive) as his aunt and grandmother, both named Shirley Strickland.Deante, 22, was a player on Portland State University men’s basketball team. The school says on it’s website it “mourns the tragic loss of student-athlete Deante Strickland.” The police later announced the cause of death as a single gunshot wound to the chest. Strickland was a member of Central Catholic’s state-champion basketball and football teams where he earned All-State honors. He was a key reserve on Portland State’s men’s basketball team the past two seasons and he graduated this past spring with a bachelor’s degree in social science. He was so incredibly talented that he was staying a fifth year to get his master’s degree and to play running back for Portland State’s football team this fall. Rachi Wortham, former Division 1 men’s basketball coach who also recruited Deante, said Strickland was an incredible kid. “He was respectful and really well respected, especially in his home town of Portland. His competitive spirit made him a really good athlete in all sports he played but that’s not what people will remember this man for. He treated everyone with an amazing presence and made them feel like they were the most important person in the world at all times. The city of Portland lost a special being and he will he missed for sure!” he said. As if this story isn’t sad enough, here comes the PLOT TWIST. Neither police nor family members have given any indication of a motive for the shooting; however, Portland police arrested Tamena Strickland, 30, that evening on suspicion of shooting and killing her brother, Deante, and wounding her two other relatives. People believe she surrendered to the police as a homicide detective made the arrest for murder and attempted murder at the Central Precinct. It’s going to be hard for the family to seek justice for their loved ones when the assumed killer is the sister, niece, and granddaughter. We are keeping the Strickland family lifted in prayer as well as the school and athletic community over at Portland State University. Rest Well, King.