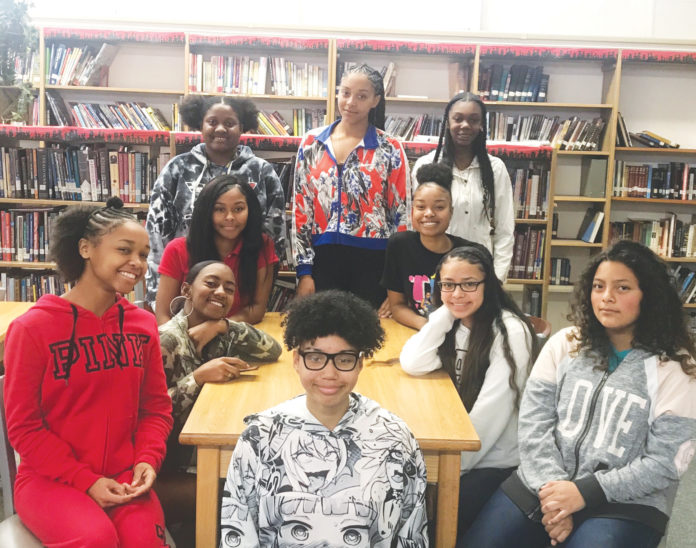 More often than not championships are more celebrated than scholars and victories shield grade point averages, but for the 2019-20 Morningside Monarchs girls basketball team finishing strong in the classroom is far more superior than making 3-points shots, fancy dribbling and uncontested layups.

Keith Morris, who serves as Athletic Director and girl’s basketball coach, returns for his second season on his second stint as Lady Monarchs head coach and the intriguing journey will focus on the vast inexperience of his players.

However, the dilemma eligibility for his young squad will not be an issue to contend with because Morningside girls have a team GPA average higher than 3.0.

Although five players on the team either has never played basketball or will be playing their first season in this year, the Monarchs are aiming to prove that smarts can complement inferior skills.

Academic achievement is first and foremost on the menu for the Lady Monarchs with the likes of Michele Jasmin (4.3 GPA), Eayanra Ladin (3.0 GPA), Mishari Prewitt (3.4 GPA), Brianna Ibanez (3.8 GPA) and juniors Kaiya Johnson (3.5 GPA) and Aaliyah Pugh  (3.0 GPA) will be playing varsity basketball for the first time.

“In all honesty a lot the girls say they don’t think that we are going to do too good because of all the new players that we have but I think we will just have to work hard,” said senior Jayla Hunter.

Hunter, a transfer from Panorama, averaged 15 points per game two years ago in the Valley and now the 5’2 guard will be relied upon as one of the leaders of the team.

Team captain Brooklyn Jefferson is among three returning players and her three years of varsity experience will be key for the inexperienced Monarchs.

Jefferson, 5’2 is also among the top academic achievers with an outstanding 3.5 GPA, and her final season will be relied upon heavily.

Seniors Kalani Duplessis and Morgan Radford are the remaining starters back from a team that finished 3-14 last season.

The last winning season for the Monarchs girls basketball program was 15 years ago in 2005 when the team went to the CIF-SS playoffs with a 24-8 record, including 9-1 in league.

Two of the greatest women basketball players in the world hail from Morningside High School, included are two-time Los Angeles Sparks WNBA champion Lisa Leslie and is considered is among the most decorated in the world.

For this current group, there are no such illusions of that level of grandeur. It’s more about progress for a program that has not won more than 8 games in a singles season since 2011.

Morningside will play its first five games on the road before opening at home in non league action against Price.

West Basin Calls For No Outdoor Watering For 15 Days In...