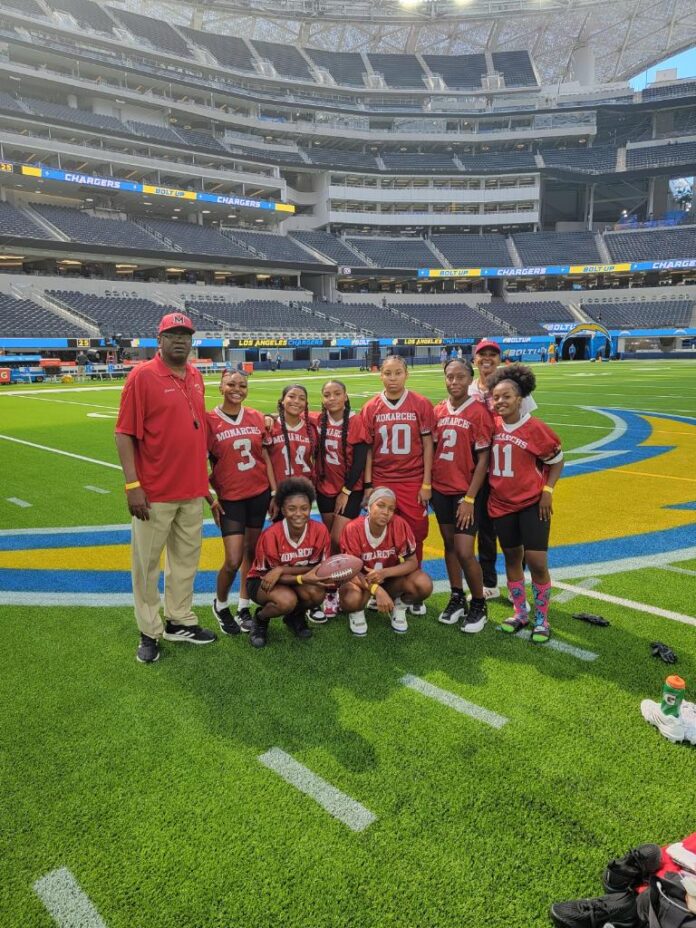 —Morningside High School athletic director Keith Morris, who is also the girl’s head basketball coach, took members of his hoop team and converted them to flag football players who played in ighHThe Los Angeles League of Champions Girls Flag Football this season will than began in January 2022. The Rams and Chargers co-sponsored the eight teams and providing players with uniforms (courtesy of Nike), stipends for coaches, coaching manuals, officials, athletic trainers, as well as equipment and transportation for the five-week season. On Aug. 13,  Morris Morningside team took the field at halftime of the Rams/Chargers preseason game at SoFi Stadium.