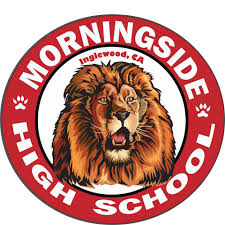 The eroding Inglewood Unified School District (IUSD) at first was losing students at its member schools annually by the thousands, but now IUSD is scheduled to officially close the doors on Warren Lane Elementary School on June 29, during a virtual School Board meeting at 5:30p.m.

Outside of that board meeting located at 401 South Inglewood Ave., there is expected to be some disgruntled parents and residents, but in the end none of it will matter.

Four years ago the mass exodus of Inglewood area residents began when instead of attending failing low performing schools near home, they began attending schools outside the district, thus shrinking enrollments and costing the district millions of dollars in state revenue.

By 2017, IUSD had sunk so low, losing students, gross mismanagement and fiscally insolvent, Inglewood Unified became the ninth school district in the history of California to be taken over by the state.

Staring down the barrel of a $16 million annually debt, the state floated the district an emergency loan of $55 million – an extreme measure that required firing then-local Superintendent Gary McHenry and stripping the locally elected school board of its legislative powers.

That debt now is floating around some $35 million and growing.

There is enough blame to go around to the five Inglewood District board members, but it has to start at the top with its president Dr. D’Artagnan Scorza.

Scorza was a shocking under qualified choice to serve as the Chief of Staff for the late Kent Taylor, the first appointed State Administrator at Inglewood District.

Instead of raising the schools low test scores and keeping talented residents at home schools, Scorza has been at the epicenter of all that has gone wrong in the district.

The fact that Scorza is still with the district is shocking since previous incoming Interim State Administrator LaTanya Kirkpatrick terminated him.

He has frequently been at odds with the City of Inglewood and economic development projects such as the Clipper Arena that benefit the city.

The only way for Inglewood District to come from under state administration control is for the district to pay back the loan in full and then produce a five-year plan that would demonstrate it could remain solvent without state aid.

With students fleeing elsewhere and current schools in vast decay, it appears the only way out is for the district to sell its most valuable assets, which is the  real estate the schools rest on.

Sources confirmed to Inglewood Today the district has issued a Request for Proposal that would sell land around Morningside High School for housing developments.

While, Inglewood Today has not been able to verify or confirm the details it would be in line with the situation that transpired with Warren Lane.

Warren Lane had less that 200 students for seven grade levels, and most recently Morningside enrollment had dipped to around 600 students.

Ironically there should be no place to go but up for the Inglewood District, but under its current leadership and with yet another appointed administrator by the state, the ineptitude of the Los Angeles County Office of Education it appears to be doomed.

A message from IUSD Administrator