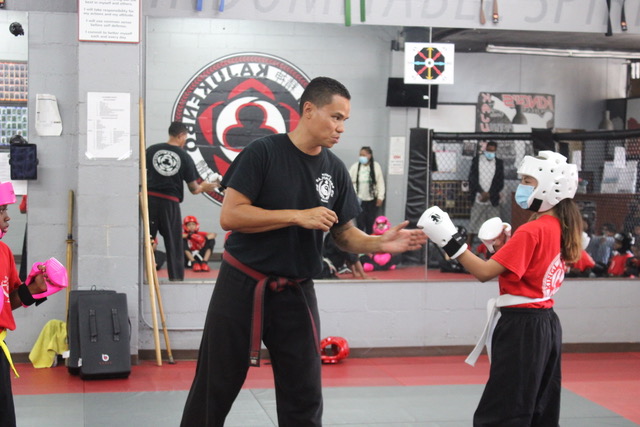 It was in 1981 when Rick and Elaine Kingi opened ‘Kingi’s Kajukenbo’ martial arts studio in Inglewood. The Kingi family, for four decades, has diligently taught the craft of Kajukenbo to any and everyone who walks into the doors of their studio, and they continue to do so with no signs of letting up any time soon.

The family-operated martial arts school is run by the ultimate dream team, not only Rick and Elaine Kingi, but also the Kingi kids: Ricky, Ronnie, Kim, and Robert– all well into adulthood now. And while the art of Kajukenbo has been prominent for many years, Kingi’s Kajukenbo studio has made a name for itself all over the map.

Kajukenbo, a unique style of martial arts, was founded in 1947 on the island of Oahu, Hawaii. It was created by five black belts from various martial arts backgrounds who collaborated and eventually created the ultimate ideal fighting art– Kajukenbo.

Rick Kingi, renowned Kajukenbo teacher, began training as a teenager in the 1960s, where he also met his future wife and Kajukenbo athlete, Elaine Kingi. The two raised their children close to the craft. It was inevitable that they, too, would grow to love the sport.

“We’re really close. We try to bring that same energy and that family vibe to the school. We want everybody to feel like this is their home. We want people to know that there’s somebody here that understands you, that believes in you, that’s going to push you and help make you better than you were yesterday,” says Robert Kingi.

Kingi’s multifaceted curriculum and initiatives are a testament to their commitment in the community. When it comes to the growth and development of their students, the registered nonprofit goes far beyond Kajukenbo. Their mentorship programs, ‘Man Time Project’ and ‘Heart of Sisterhood’, both geared toward ages 12 to 18, meets every month and educates youth on topics such as health, hygiene, careers, and business– and meetings even include special guest speakers from the respected fields. Bully seminars and ‘Parents’ Night Out’ (a supervised movie night at the studio for kids while parents sneak off for date night) are also on the yearly calendar. The Kingi family has worked with kids on the autism spectrum, kids who struggle with severe ADD and ADHD, teaches self-defense, instills basic fundamentals, and leads sparring sessions. The Tuskegee Experiment and The Covid-19 Vaccine