Since California banned affirmative action 25 years ago, experts say data shows significant drops in the numbers of Blacks and other minorities attending universities and securing government contracts in the state.

In education, for example, Ed Trust West, an Oakland-based nonprofit and research organization focused on equity, says the repealing of affirmative action in California has negatively impacted African Americans both at public schools and colleges across the state.

“California’s statewide ban on affirmative action has had lasting, devastating impacts on our K-12 and higher education system. Students, families, and educators of color have always found themselves shut out from opportunity, from a lack of additional funding to decreased college access,” said Natalie Wheatfall-Lum, Director of P-16 Education Policy at Ed Trust West.

According to Ed Trust West, the numbers of Black and Latino students enrolling at California State Universities, has not “kept pace” with the racial makeup of high school graduating seniors.

Ed Trust West reports that more than half of California’s K-12 schools do not have a single Black teacher. And even though children of color make up 77% of all K-12 students in the state, only 35% of teachers are people of color.

“Unfortunately, solutions focused on socioeconomic status alone have proven insufficient to close those gaps. Instead, to combat the systemic racism and structural inequality facing Black, Latinx, Asian, and Native students, we must address the unique challenges and needs of each student group directly,” said Wheatfall-Lum continued.

“Nonetheless, plenty of powerful strategies to advance racial justice are still perfectly legal; without affirmative action, it’s even more important that school districts and higher education institutions leverage any and all at their disposal,” she said. 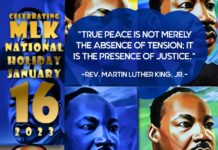