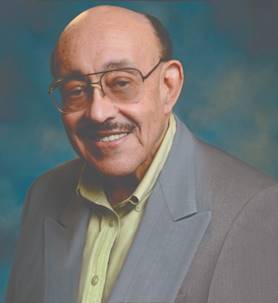 Black leaders in California are remembering the life and accomplishments of Willard H. Murray Jr., an engineer and United States Air Force vet, elected to the California Assembly in 1988. He served in the State Legislature for eight years until he termed out in 1996.

“It is with heavy hearts that we bid farewell to our former Chair and colleague, the Honorable Willard H. Murray, Jr., who passed away yesterday afternoon,” read a statement the California Legislative Black Caucus (CLBC) released the same day. “Willard Murray, Jr. was an exceptional man and public servant.”

Murray and his son, Kevin Murray made history as the first father-and-son duo to serve in the Assembly simultaneously.

The younger Murray represented the 47th Assembly district which covered a part of Los Angeles. Later, he won the 26th Senate district seat based in Culver City.

Murray worked in government for more than 25 years at various levels. Before he was elected to the Assembly, he worked for former California Lieutenant Governor and U.S. Congressman Mervyn Dymally (D-CA-31). In addition to serving as an adviser to the California Senate Democratic Caucus, Murray also served on the staffs of former Los Angeles Mayor Sam Yorty and two former Los Angeles City Councilmembers, Robert Farrell and Billy Mills.

In the Assembly, he chaired the Assembly Budget Subcommittee on State Administration and served on a number of other committees. A civil rights activist in the 1960s, Murray’s political and legislative priorities included education, criminal justice, economic development and healthcare.

“Willard had a long, distinguished career as a leader and public servant in our state. He was giant in the water industry and a champion for the districts he served,” Dale Hunter, Executive Director of the California African American Water Education Foundation (CAAWEF), told California Black Media.

Hunter said Murray introduced African American professionals, including himself, to the water industry, teaching them the ins and outs, mentoring them, and guiding them so that they moved ahead in their careers.

“Willard truly made a difference,” Hunter continued. “He was not afraid of diving into policy and making changes that needed to happen. I’m thankful for his contributions and saddened by him leaving us. I’m also grateful for his teaching. I definitely would not be where I am if it were not for his influence.”

Murray earned a Bachelor of Science degree from Northridge State, a Juris Doctorate from Loyola Law School, and MBA from Loyola Marymount University.

In 1956, he married Barbara Farris Murray. The couple had two children, Kevin and Melinda, who are both attorneys.

“We mourn with the friends and loved ones of Willard H. Murray, Jr. and celebrate his life and tremendous legacy as a public servant,” the CLBC statement continued. “May he rest in peace.”

California to Receive $3.8 Billion in Federal Cash to Help Childcare...