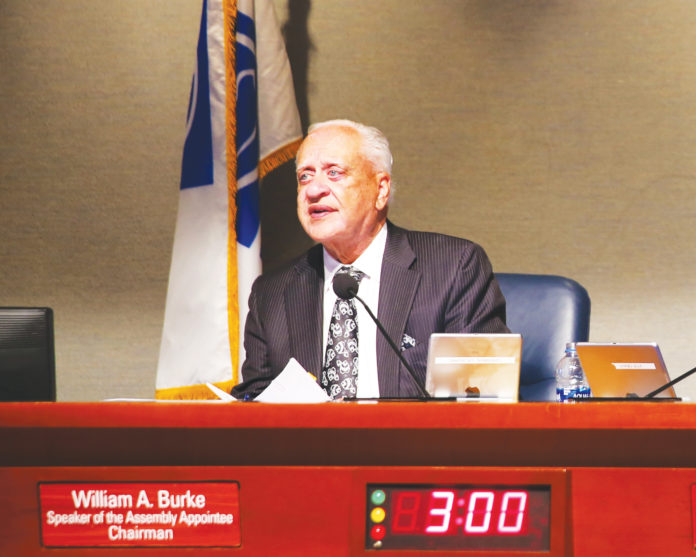 DIAMOND BAR– William A. Burke, Ed.D., continues his unprecedented 13th term as the chairman of the South Coast Air Quality Management District’s Governing Board. Ben Benoit, council member for the City of Wildomar, was elected to his third term as vice chairman. Their new terms will begin on Jan. 14, 2020.

“I am so proud of all the accomplishments  we have made towards improving air quality and am honored to serve as chair,” said Dr. William A. Burke, South Coast AQMD’s Governing Board chair. “We will continue our fight towards clean air to better protect the health of all residents, especially children, older adults, and residents in disadvantaged communities–those who are the most vulnerable to the effects of air pollution.”

Ben Benoit is a council member for the City of Wildomar. He serves as vice chair for the Western Riverside Council of Governments (WRCOG), and as a member of the Riverside County Transportation Commission (RCTC). He was appointed as the Cities of Riverside County representative to the Governing Board in February 2013, and was first elected as vice chairman in January 2016.

“I am honored to continue our work in communities particularly impacted by air pollution,” said Ben Benoit, South Coast AQMD’s Governing Board vice chair. “I look forward to working with local organizations and businesses to incentivize the development and use of clean technologies while we work towards our goal of reducing emissions from stationary sources and the transportation sector.”