NOTICE IS HEREBY GIVEN that the City of Inglewood (City or Inglewood) has prepared a Draft Environmental Impact Report (EIR) for the Inglewood Basketball and Entertainment Center (Proposed Project). The Draft EIR is being distributed for public review. Pursuant to the California Public Resources Code and the California Environmental Quality Act (CEQA) Guidelines, the City of Inglewood is the Lead Agency for the Proposed Project.

The Proposed Project is a Public/Private partnership between Murphy’s Bowl LLC, a private applicant, and the City, and would consist of an approximately 915,000-square foot (sf) Arena Structure designed to host the LA Clippers basketball team with up to 18,000 fixed seats for National Basketball Association (NBA) games. The arena could also be configured with up to 500 additional temporary seats for events such as family shows, concerts, conventions and corporate events, and non-LA Clippers sporting events. The Arena Structure would include an approximately 85,000-sf team practice and athletic training facility; approximately 71,000-sf of LA Clippers team office space; and an approximately 25,000 sf sports medicine clinic. Development on the Arena Site would also include an outdoor plaza with approximately 80,000 sf of circulation and gathering space, approximately 48,000 sf of retail/restaurant uses on two levels, up to 15,000 sf of community uses that could accommodate community and youth-oriented programing, and an outdoor stage. A parking garage with 650 spaces would be located immediately south of the Arena Structure within the Arena Site. An existing City of Inglewood groundwater well that is located within the Arena Site would be relocated to the Well Relocation Site as part of the Proposed Project.

The LA Clippers currently play their games at the Staples Center in downtown Los Angeles, and the LA Clippers’ team offices are currently located at 1212 South Flower Street within two blocks of Staples Center. The team’s existing practice and athletic training facilities are located in the Playa Vista neighborhood of Los Angeles, at 6854 South Centinela Avenue. Upon completion of the Proposed Project, those uses would be relocated to the Project Site.

Annually, it is expected that the LA Clippers would host up to five preseason games in October; 41 regular season games from October to mid-April; and an average of three playoff games from April to June based on NBA team averages. Other events such as concerts, family shows, conventions and corporate or civic events, and non-LA Clippers sporting events would take place in the Arena throughout the year, with attendance ranging from small events up to 2,000 attendees (average of 300 attendees) to full Arena capacity.

A six-story parking structure containing 3,110 parking spaces would be located within the West Parking Garage Site. A 17-foot-high pedestrian bridge would span South Prairie Avenue, connecting the West Parking Garage to the Arena Site to provide pedestrian access between the second floor of the parking garage to the second floor of the westernmost building in the plaza.

Circulation improvements including driveways, signals, a crosswalk, bicycle parking, relocation of two bus stops, improved sidewalks, and a 17-foot tall pedestrian bridge crossing South Prairie Avenue would be included as part of the Proposed Project. A portion of West 102nd Street between South Prairie Avenue and South Doty Avenue would be vacated and included within the Arena Site. Approximately 350 linear feet of West 101st Street would be vacated and developed as part of the West Parking Garage Site. The primary vehicular access to the Project Site would be provided along the major corridors of South Prairie Avenue and West Century Boulevard. Before, during, and after LA Clippers basketball games and other large events, the Proposed Project would provide shuttle service that would connect the Project Site to the Metro Green Line’s Hawthorne/Lennox Station and the Metro Crenshaw/LAX Line’s La Brea/Florence Station. The shuttle service would drop off and pick up attendees at the proposed shuttle pick-up and drop-off location on the west side of the Arena Site along South Prairie Avenue. The Proposed Project would also include identification and advertising signage, graphic display panels or systems, potential illuminated rooftop signage, and wayfinding signage.

The EIR also considered the potential environmental impacts associated with two Project Variants to circulation infrastructure: the West Century Boulevard Pedestrian Bridge Variant and the Alternate Prairie Access Variant. These Project Variants are proposed in order to provide flexibility to allow the City to approve them as part of the Proposed Project, if desired. Each Project Variant would include the same land use program, parking/loading, mechanical equipment, vehicular circulation, streetscape improvements, and sustainability features as the Proposed Project.

The EIR and its technical appendices are available for the public review and comment period required under Section 15105 of the CEQA Guidelines from December 27, 2019 through March 24, 2020.

You may also send comments via email to:

A printed copy of the Draft EIR is available for review at the following locations:

An electronic version of the Draft EIR can be accessed at the following locations: 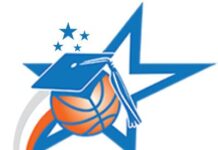 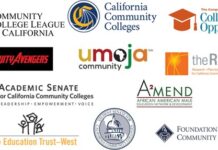