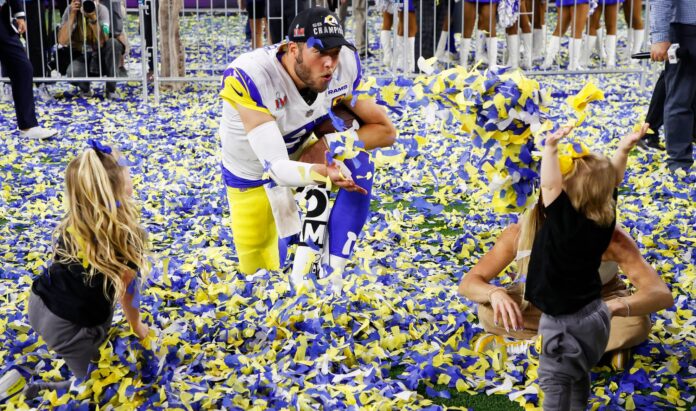 SoFi Stadum was built for the occasion that occurred on February 13 in Inglewood with an improbable Super Bowl LVI match-up featuring the favored Rams which essentially mortgaged its future to defeat the Cincinnati Bengals in a thrilling contest, 23-20, and the winning touchdown coming on a pass from Matthew Strafford to MVP Cooper Kupp in the wanning than minutes of the game.

The event put Inglewood on the map, brought a world championship to a football starved region and its dynamic defensive star Aaron Donald finally achieving the ultimate glory, after collecting baskets of individual accolades.

Genius head coach Sean McVay could exhale after owner Stan Kroenke pushed all his chips to the center of the table for a gamble that barely paid off against a brash young talented team from the Midwest that wasn’t even expected to be in finale.

A halftime show for the ages, featuring bouncing lowriders and robust homegrown talents such as Compton legends Dr. Dre, Snoop Dogg and Kendrick Lamar was a Black History blockbuster, then an appetizer of Eminem, Mary J. Blige 50 Cent and Anderson was enough to set off SoFi, thus catapulting it into a stratosphere as the epicenter of the sports and entertainment universe.

That’s how 2022 got started on the sports landscape, but the Chargers, Lakers and Clippers all left tastes tart cherries in our mouths.

Brandon Staley’s massive fourth down blunders clouded yet another remarkable season from blond rifleman Justin Herbert who will take the Bolts into the post season (update the Chargers clinched a  post season slot) for the first time in Staley’s reign, perhaps saving his job for at least another year.

Injured LeBron James didn’t finish another hapless season for the Lakers which missed the playoffs, but the Lakers still extended the King for another four years after he comically teased of going back to Cleveland or perhaps finishing with Oklahoma where he could team up with his son Bronny in a couple of years.

It leaves one to wonder what kind of team will take the court when the lavish Intuit Dome opens for the 2024-25 season in Inglewood.

There was another shinning moment for Inglewood when Mil’Von James resumed building the dynasty at Inglewood High School leading the football team to the Division 2 championship game where it laid an egg against Sierra Canyon.

Still another 13 players signed letters of intent to go to college, setting a precedent for the public school in a district that remains under the authority of the County of Los Angeles that is unparallel.

If there was one person that would be selected as the Our Sportsman of the year it would be James, who has not lost a regular season game since he took the helm three years ago and also advanced in the playoffs further each and every subsequent year.

While Stafford relished in confetti on the SoFi turf following the Rams victory, he began the past season marred with an elbow injury, and eventually went to the sidelines as the team failed miserably becoming the 17th Super Bowl champion to not make the playoffs the following year.

So desperate were the Rams this season (5-10 at press time) that when Stafford’s season ended in the IL they did not have a quarterback capable of winning an NFL game until Baker Mayfield arrived off the waiver wire.

To McVay’s credit, the Rams (without Stafford and Donald), have played grueling hard in each and every game, a testament to him and his team’s weekly preparation.

Mayfield is a strong candidate to compete for the starting job next season even if Stafford is healthy and at the very least the former top over selection is a keeper for the foreseeable future.

If McVay was going to walk away from the game, there has been lingering debate about burnout, the Super Bowl victory would have been the opportunity. I don’t see that happening now.

The Rams can’t afford Sean Payton if they wanted him and the Chargers tepid success prevents management from being bold enough to pull the rug on Staley, who in a small sample size appears overmatched for the task. He just lacks the experience required to take this team over the top and the window to win this region is shrinking with each and every season.

It’s either win it all this season or advance deep into the postseason for Brandon Staley, or risk losing more than just football games.

On other fronts, the Dodgers losing to the Padres in the post season after enjoying a regular season for ages will haunt them for decades to come, but there is rare of hope for the Angels if they can be Mike Trout on the field.

My crystal ball questions whether all of what’s happening in Inglewood is too much too soon? Or can this insane activity in this pocket community sustain three professional sports teams, a lively concert venue and maintain a culture of Blacks and browns? 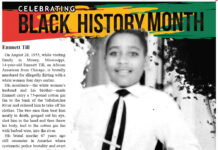 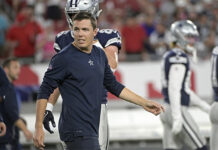 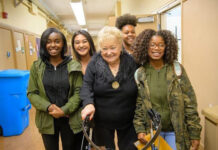 It’s put up or shut up for McVay