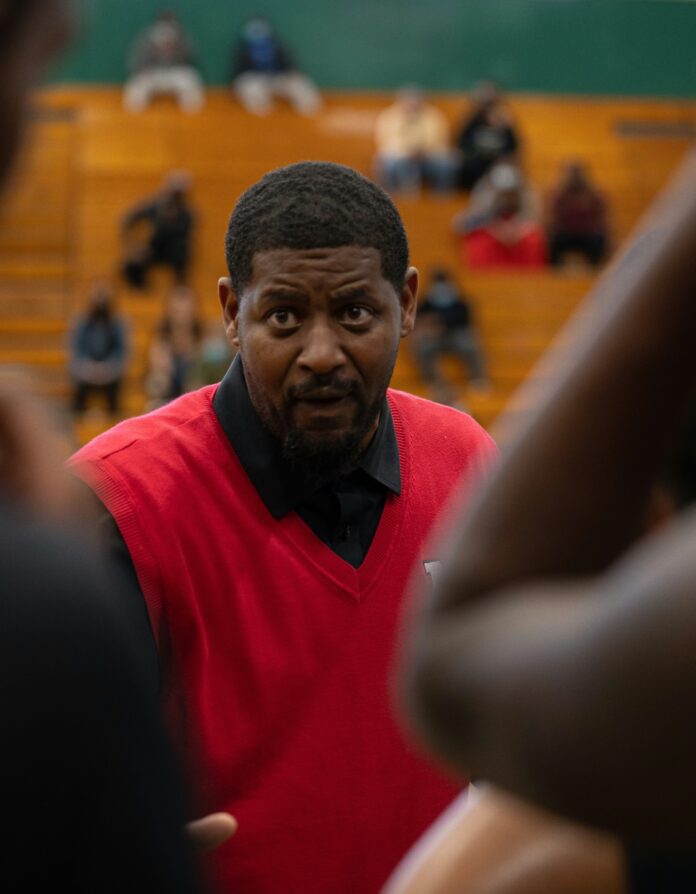 When Donnell Meekins returned to Morningside High School as boys basketball coach for the 2019-20 season he was essentially coming back home to where he got his first chance to coach on the campus he enjoyed his greatest success.

Morningside participated in its second consecutive CIF-SS playoffs on May 26 after finishing second in the Ocean League behind Beverly Hills.

The Monarchs benefitted by two Lawndale Leuzinger forfeits to allow them to finish the COVID-19 shortened season at 8-2 and qualify for the playoffs.

Leuzinger was not the only Ocean League team that ran afoul with illegal players, as Inglewood was penalized as well. Hawthorne, the second worst team in the league will qualify for the playoffs because it was awarded victories by forfeit.

Morningside hosted Kaiser in the division 3A playoffs, while Hawthorne played host to Katella in 5AA.

In the meanwhile, Meekins is excited for his student athletes to continue a season that nearly did not happen.

“I came back home because this is where it all started for me,” Meekins explained to Inglewood Today.

It was Morningside late coach Carl Franklin who gave a relatively unknown Meekins his first opportunity to coach at the school after he had been piloting kids at local YMCA’s.

“He didn’t know me, but he gave me a chance and I am forever grateful to him for that. We won an Ocean League championship and enjoyed some deep post season runs including in the state tournament when I was here before,” he said, referring to his first stint as Monarch head coach.

Meekins left to become the head coach and athletic director at Price High School, but came back to Morningside he says to develop his players holistically.

“I am an English teacher here on campus so I get to monitor them and cultivate relationships with them beyond basketball.”

He says that he is also impressed with the direction of Inglewood Unified School District.

“I the improvements to our campus are substantial and it makes a big difference to the students and faculty. I certainly want to commend Dr. Torres (IUSD Administrator) for her leadership and oversight to the district, it was greatly needed and much appreciated.”

Bake Me A Mayfield Cake

SoFi Stadium will fill over 3,000 event-day positions throughout this month’s...