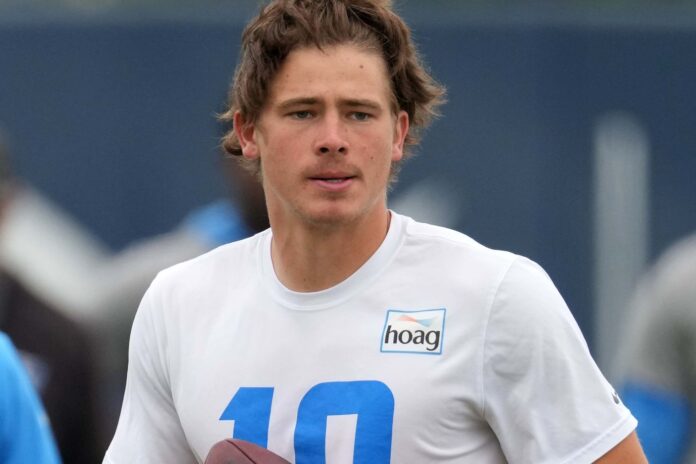 If the Chargers are ever going to establish their own footprint in the Southern California sports market than 2021 will have to be that year.

Although it’s still not clear if this season will happen with fans in the seats, vaccination rates will likely become just as valuable as victories and statistics with the NFL implementing protocols for teams that don’t meet guidelines potentially forfeiting games.

As training camp began this week for the Bolts at Jack Hammett Sports Complex in Costa Mesa there was a breath of optimism in the air after a 2020 campaign that felt as flat as an unopened Pepsi.

That under achieving 7-9 campaign cost head coach Anthony Lynn his job after four seasons of much the same, but it also unveiled the new face of the franchise reigning NFL Offensive Rookie of the Year Justin Herbert.

I could not help but notice during camp last year how big Herbert was, but Lynn sealed his fate when he did recognize that he could not start the season with him on the bench.

Herbert star studded career was forged by an injury to journeyman Tyrod Taylor, now of the Houston Texans.

The Chargers did not have to look far when they raided the Rams for the defensive minded Brandon Staley to become their head coach.

“Hopefully, when we hit the ground on July 27th when they report, they feel really strongly that they can be the best versions of themselves because of all of the work that they’ve put in,” he said. “That’s something that you must emphasize at all times. To be the best version of yourself, you really have to work at it. We’ve really detailed that up so that they can take advantage of these five weeks and really be ready to go on July 27th,” Staley stated

Staley is exactly what the Chargers need to complement Herbert who put the Chargers in position to win every time he took the field only to be let down by inept coaching decisions and a porous defense.

He’s the primary reason why many are predicting the Chargers will be a force in the AFC West with an outside shot of making to the Super Bowl LVI on February 13, 2022 at SoFi Stadium.

He was so good last season there was little to no mention of the franchise best signal caller Philip Rivers who owned a 123-101 record or Charger Hall of Fame QB Dan Fouts who finished his career barely above .500 at 86-84-1. Neither have ever won a Super Bowl, something Herbert has a chance to achieve.

There are some nice pieces on the defensive side for Staley to work with, namely

All Pro safety Derwin James Jr., who missed all of last year with a knee injury, was fully cleared for football activities at the start of organized team activities in May. James Jr. totaled 105 tackles, 3.5 sacks and three interceptions during his rookie season, helping lead the Chargers to a 12-4 record. Despite not playing in 2020, James Jr. said he’s become a better player.

Defensive end Joey Bosa will be reunited on the football field this summer with his brother, Nick, when the San Francisco 49ers come to town for joint practices on Thursday, August 19 and Friday, August 20. Bosa needs two sacks in 2021 to pass Melvin Ingram (49) for sixth on the Chargers’ all-time sacks list. With five, he’ll pass Fred Dean (52) for fifth all-time.

Keep your eye on Kenneth Murray who set a Chargers rookie record with 107 total tackles in 2020. His 959 defensive snaps last were the most among any Bolt defender.

McVay wants to send out current Rams roster “on a good...

Rams back on primetime for another challenge