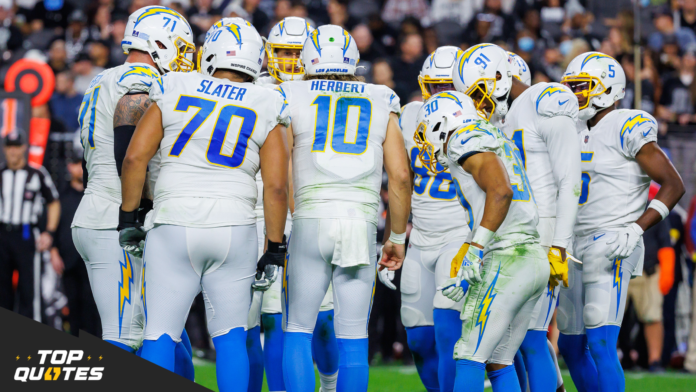 Black Monday has come and gone and Chargers head coach Brandon Staley’s name was not among the list of coaches who got fired.

However, there is growing speculation around the league that he probably should have.

Plain and simple this is a team that was talented enough to compete for the Super Bowl, but Staley is the primary reason they will not be.

The season finale in Las Vegas against the rival Raiders on prime time television was a clear cut example of the abysmal failures Staley has made in his first year as coach of the Chargers.

However, if you go back and examine the entire season there were several others.

When the Chargers moved on from Anthony Lynn because of the team defensive meltdowns in the fourth quarter of games in 2020, they brought Staley in the change that.

Staley was hailed because of his work in his first and only year as defensive coordinator of the Rams.

So, the hire was made because he could fix that side of the ball.

Why then was this team among the worst in the history of the league in allowing points in the fourth quarter?

Then there was that AFC West showdown against the Chiefs, a team the Chargers had beaten on the road. On a Thursday Night primetime game at SoFi, Staley denied his team points by going for it on fourth down.

The Chargers lost that game and just like in a game with their playoff aspirations on the line botched a win as he decided to make the tragic decision to go for it on fourth down at his own 18 yard line.

Most people are talking about the unnecessary time out he called with the clock winding down in overtime and the Raiders seemingly willing to allow it to do so that would have advanced both teams to the post season on a tie, but that was merely the icing on the cake.

Granted, Staley’s short sample as a head coach is just one season, but I am not so inclined that things will be better next season.

The spectacled Chargers owner Dean Alexander Spanos was on the sideline in Las Vegas and I can’t imagine what was going through his head when his team succumbed in the fashion in which it did.

Everything was in spin mode for the Bolts this week with his players singing Staley’s praises, but Justin Herbert also loved playing for Lynn and he still got canned.

Just read some of the dreaded comments from Chargers players.

“I thought it was good. I thought the culture has changed. I think we’re transitioning into a winning organization, getting back to winning the division and stuff like that. I think we’re trending in that direction. [Head Coach Brandon Staley] is building a lot of confidence in the culture and the coaching staff. We just have to be ready and do better next year.”

“I’m going to definitely do my best to have a really good offseason this year. In my mind, I think my best year is to come next year. I want to have a really good offseason. I think I learned a lot this year about my game. I’m happy with the production that I had, getting those forced fumbles is good. I’m happy that I’m moving in the right direction on that front. It’s a new system, like I said, so I have to keep getting better in the two-point [stance]. I think I need to be more aggressive coming off the ball in a two-point stance in the run. I could be better in the run and definitely in some areas. I just have to keep improving. I’m happy I made it feeling alright. I’m happy I was able to have some production.”

“I think you have to look at it that way. It’s unfortunate that we didn’t make the playoffs. That’s the ultimate goal of the NFL, but the way that everyone battled and they worked so hard this year, there’s a lot of good things that have happened this year. It’s unfortunate that it didn’t go the way that we wanted it to, but I’d fight with those guys every day of the week.”

That’s what he said this week after arriving home, but after the Raiders games in a quote that went viral, he said.

“I had never been rooting for a tie more in my life,” Herbert told the Associated Press. “That’s the unfortunate part of being so close.

“… It’s tough. The whole goal is to get to the playoffs and eventually win a Super Bowl. It didn’t go our way tonight and that’s the unfortunate part.”

This was the first season with fans in the stands and the Chargers blew a big opportunity to establish a fan base, but let’s see how many fans stick around if Staley keeps making the colossal blunders he made this season. 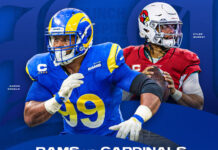