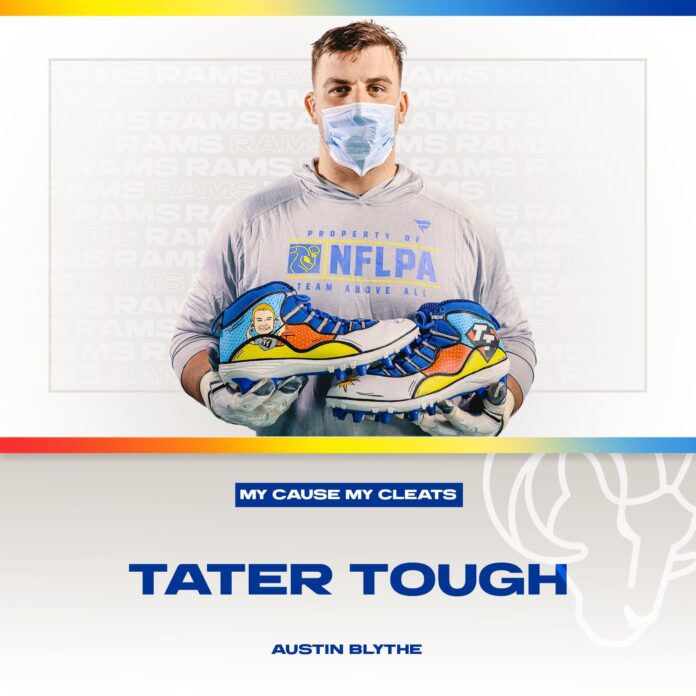 By Chase Isaacs, The Rams

Los Angeles Rams players will bring awareness to charitable causes on the field when the team hosts the New England Patriots for a matchup on Thursday Night Football at SoFi Stadium on December 10 as part of the NFL’s My Cause, My Cleats campaign.

For the fifth consecutive season, NFL players are raising awareness for non-profit organizations and causes on-field during Week 13 and 14 games. This year, a record number of more than 1,000 players will participate, highlighting efforts to help make a difference in communities across the country.

Below are the 31 Rams players and 10 coaches participating in this year’s My Cause, My Cleats campaign and the causes/organizations they support:

NFL players and teams revealed customized cleats on Unboxing Day, which served as a league-wide unveiling.

Photos and descriptions of all cleats or shoes for Rams players and coaches can be viewed at www.therams.com/mycausemycleats.

The Rams organization worked with Los Angeles-based designer Miguel Montenegro to customize cleats for select players and coaches who elected to participate in the campaign.

Players will share images of their cleats and the stories behind them on social media using the hashtag # MyCauseMyCleats.

Rams players and coaches also have the option to raise funds for their cause of choice through auctioning their cleats on NFL Auction where 100% of funds raised will be donated to the charities they select. Fans may bid on player cleats at NFL.com/Auction and help raise funds for the causes nearest to their hearts.

It Must Be the Money

Magic Johnson continues to tarnish the Lakers’ legacy and his own