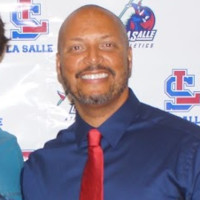 By Anthony Harris, IT Contributing Writer

The week in sports was another rough one for LA fans. Although I predicted a Charger loss, I was hoping to see some change in the Bolts offensive schemes to prove me wrong. With one of the top quarter backs in the league (Justin Herbert), a talented running back (Austin Ekeler), and the return of Keenan Allen the Charger fan base was expecting more. The Seahawks came to town led by head coach, Pete Carrol and put an old fashion whooping on the Chargers. They led from start to finish and rookie running back Kenneth Walker III (168 yds rushing and 2 TD’s) put the game out of reach when he scattered 74 yards for a touchdown with 6:56 to play. The Chargers continue to have their typical string of bad luck with the injuries piling up. Cornerback JC Jackson went down with a significant knee injury that ended his season. Mike Williams went down late in the fourth with a high ankle sprain that will likely keep him sidelined for 2 to 5 weeks. On the bright side, Keenan Allen made his return playing sparingly in the first half. In addition, center, Corey Linsley was back in the lineup. The BYE week will do the players some good physically and mentally. The coaching staff will need to rally during the break to regroup as neither the offense nor defense played winning football on Sunday. Sitting at 4-3 and 2nd in the AFC West, the Chargers still control their own destiny with a lot of football to be played this season. It’s on to Atlanta (3-4) in two weeks.

The other LA disappointment over the weekend came in the form of a loss for the UCLA Bruins at Oregon. The Bruins haven’t won at Oregon since 2004 and haven’t beaten the Ducks in 5 seasons. The Bruins offense looked electric between the 20’s but couldn’t push the ball into the endzone. The field goals by the Bruins weren’t keeping pace with the touchdown barrage being executed by the Ducks. Oregon quarterback Bo Nix (Auburn transfer) connected on 5 touchdown passes with two going to Troy Franklin. The Bruin defense could not get off the field on 3rd down. Oregon repeatedly made big play after big play on third down to extend drives. Nix complete 21 of 28 passes for 283 yards and the 5 TD’s. The Bruins place in the top 10 rankings was a short one falling from #9 to #12 behind crosstown rival USC who is now ranked at #10. The Bruins has a favorable schedule in the coming weeks and could get that win streak re-established starting as soon as this weekend when they host Stanford (3-4). Stanford just came off a big win versus Notre Dame but if the Bruins play to their potential, they will win by double digits. Pick one for Big A this week, Bruins gets back on track against Stanford with a 35 – 21 victory.

The USC Trojans are chomping at the bit to tee off on somebody after a loss two weeks ago in Utah. The Trojans are rested and ready to tear into the Arizona Wildcats this week. Big A’s second pick of the week is USC big at Arizona 42 – 17. Our beloved Lakers are 0-3 on the season and look to get their first win in Denver Wednesday night. Sadly, they just don’t match up with the Nuggets. Quite honestly, the Lakers may be well into November before they get a win. It’s going to be a long season for the Lakers if they don’t shake things up with the roster.  Big A’s remaining picks for the week: