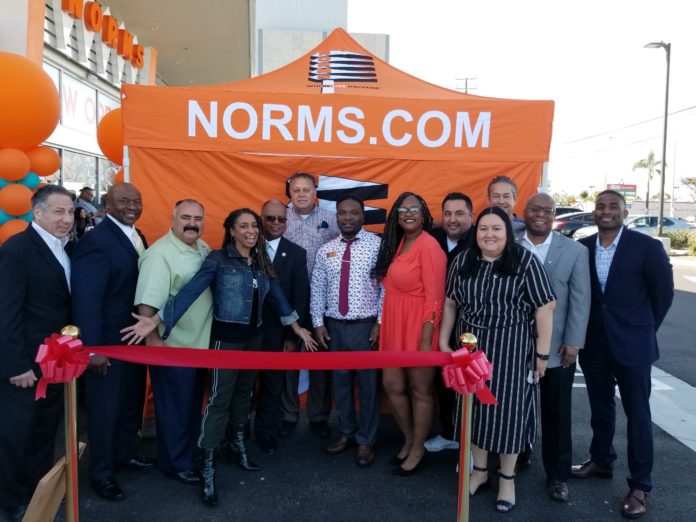 During this week’s council meeting the members swiftly discharged official city business before Mayor Butts reassured those in attendance that the City of Inglewood is in sound fiscal position, despite comments to the contrary, and that the city has the most favorable bond rating that that any city in America can attain, before the council member’s individual remarks that focused on the new pickle ball field and the Norm’s Restaurant opening.

The council also set a public hearing for February 25, 2020, at 2:00 pm, to consider an appeal of Planning Commission Denial of Special Use Permit No. 2019-014 (SP-2019-014) to allow the sale of beer and wine for off-site consumption from an existing convenience market at 400 West Manchester Boulevard.

Member Dotson announced his district’s February 12 meeting where the new voting apparatus will be on display and residents will be able to learn how the new system works before the next election. He invited the entire community to attend.

Member Padilla echoed the Mayor’s explanation about the city’s finances and said that fiscally, the City of Inglewood is doing a great job. He also thanked everyone who was involved in the grand opening of the Pickle Ball Court and those in the community who participated. He also extended congratulations to Norm’s Restaurant for their grand opening.

Member Franklin also commented on the city’s sound fiscal position indicating that the city Manager and his staff deserve special recognition for providing the council with the information necessary to make decisions that are in the city’s best financial interest which has resulted in the City of Inglewood achieving the highest bond rating any city can achieve. He also commented on the quality of food and service at Norm’s Restaurant.

Member Morales reminded the community that the city has launched the little league program for the first time in six years and young people, ages nine to eleven are urged to sign up.

Mayor Butts assuaged the concerns anyone may have about Inglewood’s financial position reiterating that the city enjoys the highest bond rating of any city in the United States. He closed the meeting in honor of Kobe Bryant.