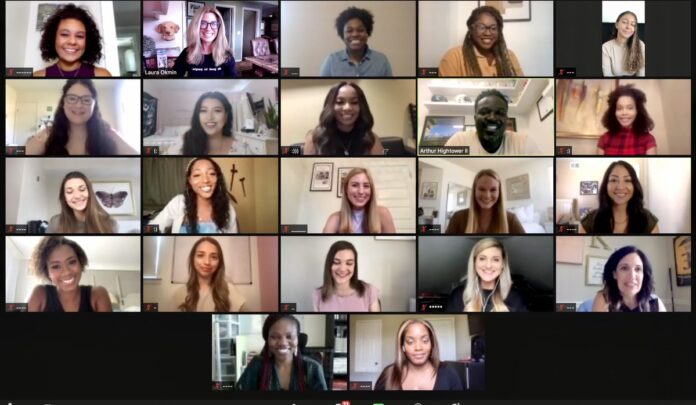 For the Chargers rookies, the backend of spring and beginning of summer has been a whirlwind.
Since the draft, the group has been acclimating to life in the NFL through the team’s rookie development program led by senior director of player engagement Arthur Hightower and team clinician Dr. Herb Martin.

Hightower, who’s entering his 17th season with the Bolts, said this year’s program was great and the ability to even get to know the players in person beforehand, in comparison to 2020, made it even better.

“We were able to see the rookies prior to training camp in person which made a big difference,” Hightower said. “A lot of the meetings were still virtual, but just knowing that you physically saw them in the building, or they could stop by your office, or you could go by their hotel to check on them, that was the biggest difference.”

The program covers a wide variety of topics from football to finances and everything in between giving them a crash course in all things Chargers and NFL.

“To a man, they just appreciated the fact that we were able to give them a view of their future in terms of their job, but also life skills that go beyond being a professional athlete,” he mentioned. “Budgeting is budgeting. Whether you’re a professional athlete or a schoolteacher, you still need to learn how about benefits, your salary, moving. They can be things we take for granted, but they’re of use to these guys.”

The culmination of the program ended with pairing the rookies with female reporters in Emmy-award winning sports broadcaster Laura Okmin’s GALvanize bootcamp which focuses on media training and building relationships. 2021 marks the fifth bootcamp Okmin has done with the Bolts.

Though done virtually this year, each rookie gets paired with a reporter and after the pairs get to know each other, the women interview their NFL partners one-on-one.
It’s a process that benefits both the rookie and reporter as they embark on their new careers.

“It’s a chance that helps growing professionals,” Hightower said. “I obviously work for the Chargers and I have a job to help the young men that we bring in, but there’s also a group of young women who are cracking into their own profession, too … Laura does a great job of having the players examine their ‘who.’ We know what they do as professional athletes, but who are you? Being able to get that out of young men and young women goes a long way. I like to send them off into the summer knowing their ‘who’ as they try to make this team and establish their careers in the National Football League.”

“We’ve been raised to think our job defines who we are,” Okmin said. “I think we’re now just in this awesome point of time where athletes know they’re so much more than what they do. It’s such a privilege to help guys start thinking about that early on. I want the two groups to leave with empathy for each other and respect for each other. That’s the professional part of this because these rookies have never had women in the locker room before.

“It just feels like if we can get these rookies at this part of their career and we can get so many young women at the beginning of their journeys to realize how much they can help each other and how many more similarities they have than differences, I think that can change the relationship between both sides.”

While the development program may be complete, the work is just beginning. For the newest members of the Bolts, this is their job now. While no duration of an NFL career is guaranteed, Hightower, Martin, and team chaplain George Gregory are doing what they can to have the players “build authentic relationships” with them and each other as they navigate this next chapter of their professional lives.

“We set up an accountability program where they’re in groups of four or five and checking in on each other,” Hightower explained. “(The program may be over) but we never leave them. My goal is to build authentic relationships and not just working relationships.

“No matter what, these guys are all rookies together with the Los Angeles Chargers. They can go on and have careers with another team, but they all got their start right here. It’s one of those things where relationships get established in this league. I remember coach Marty Schottenheimer told me that relationships are what make this league. It steers it. I never forgot those words. Little things like that go a long way.”