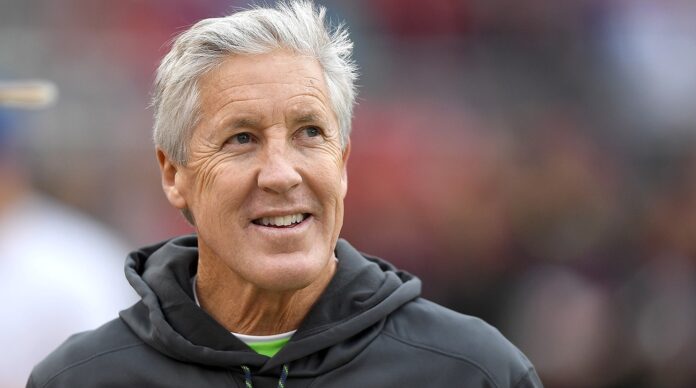 This isn’t the first time Seahawks head coach Pete Carroll has been in this situation.

In 1997, when he was in his first season as head coach of the Patriots, he faced the same opponent from his division three times – the Miami Dolphins – and swept all three games with wins in Week 13, Week 17 and the Wild Card Round of the playoffs. The same scenario unfolded 16 years later in his current position, when the Seahawks faced the 49ers three times – a Week 2 win, followed by a Week 14 loss and NFC Championship win.

For Carroll, facing the Rams for a third-time this season when the two teams play in the Wild Card round on Saturday isn’t out of the ordinary.

“No, it isn’t different, you just have more information,” Carroll said during a conference call with Rams beat writers Tuesday. “If you played somebody the last game of the season or something, I mean, you might feel a little bit more like that, but it’s just familiarity. It’s really kind of a fun part of it for the coaches and all, because we have a lot of stuff to work with. They do, we do, and we’ll see how it goes.”

Having a lot to work with may sound like an exaggeration, but it’s probably not. Look no further than the amount of studying the Seahawks will have to do on the Rams offense, given the uncertainty surrounding who Los Angeles will start at quarterback.

Rams head coach Sean McVay on Tuesday gave reporters a timetable of “Saturday at 1:39 (p.m.)” for the decision of starting Jared Goff or John Wolford, effectively signaling he won’t show his hand until as close the the 1:40 p.m. kickoff time as possible.

Goff (right thumb) was estimated as a limited participant on Tuesday’s injury report. In his absence in Week 17, Wolford made his first NFL start and completing 22 of 38 pass attempts for 231 yards with an interception, also adding six carries for 56 yards on the ground in the Rams’ 18-7 win over the Cardinals.

“They showed a lot of trust in him,” Carroll said, when asked about his impressions of Wolford. “He threw the ball 38 times in the game and he handled it really well. In a variety of ways, he contributed – running and throwing and in and out of pocket, all that stuff. He did a really good job. You can see that they really did believe that he could get the job done. They weren’t afraid of the first time starter form or anything, they really went for it.”

Carroll also said he didn’t see anything different out of the Rams offense with Wolford under center.

“I think it looks like the same offense to me,” Carroll said. “They’ve run all of the same plays. He did a nice job of keeping the ball on some reads and all that, so I don’t think it was much different. I thought it was very much the same. Strong-armed guy, moved around, got out of the pocket, did some nice things. They certainly used him on the edge just like they’ve done consistently over the years.”

The two teams split the regular season series 1-1. However, as Carroll mentioned before, they have a lot of material to work with, so one game won’t be more indicative than the other of what the Seahawks have to prepare for against the Rams. Carroll said they have to prepare “for everything.”

The proverbial chess match with all of that information available is what makes a third game against the same team in the same season fun for Carroll.

“We can’t figure out what they’re going to do with it. We have to just prepare for everything,” Carroll said. “Defensively, they have a lot of variations in stuff that they do, we’ve got to wait and see. We’ll have to be ready to be flexible and adapt as the game starts to unfold in the first half and by halftime, we’ve got to get our act together to make sure we know what’s going on. So, that’s what’s cool about this game. The coaches become more of a factor, I think, in that we have a lot to work with here and they do, we do. And so, it’s a fun challenge.”