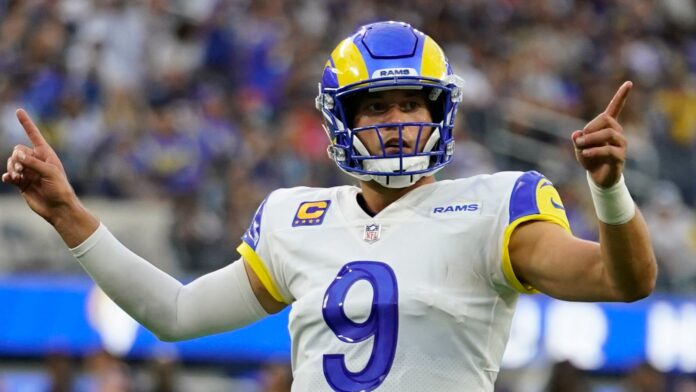 Opening week for the Los Angeles Rams was a success, as they dominated the Chicago Bears throughout most of the game. And although heading into the evening, most predictions, if not all, leaned toward the Rams taking the W, they still managed to exceed expectations.

All eyes were on veteran quarterback Matthew Stafford, who the Rams acquired in the offseason from the Detroit Lions. Sunday’s season opener against the Bears was Stafford’s debut on the field as a Ram, and he had a night to remember.

In the SoFi Stadium crowd of 70,445 spectators, Stafford passed for 321 yards and three touchdowns, and he made it look easy. The Rams’ first touchdown of the evening was a dashing 67-yard pass from Stafford to wide receiver Van Jefferson just five minutes into the start of the game, and momentum stayed with the Rams squad from there. In the third quarter, Stafford connected a 56-yard pass to wide receiver Cooper Kupp, who was a consistent go-to throughout the game. Kupp had a total of seven catches for 108 yards.

Rams running back Darrell Henderson’s explosiveness was also on display. The 24-year-old had 16 carries for 70 yards, with one touchdown– which came at the end of the third quarter, pushing the Rams further ahead, 27-14.

Coming off the 2020-21 season as a top defensive unit, it’s not a surprise that the Bears were subdued to just 14 points. Jordan Fuller led the Rams defense with 11 total tackles. Taylor Rapp and Kenny Young each added 10, and Justin Hollins contributed two sacks. Chicago quarterback Andy Dalton was given nothing easy all night.

In the highly-anticipated season debut, the Rams oozed confidence and efficiency on both offense and defense. Matthew Stafford seems to be the perfect fit, and the defensive line is still the same powerhouse that the league saw last season.

Next week, the Rams hit the road to take on the Indianapolis Colts.

How is Kenneth Murray “Getting Back to His Roots” in 2021?