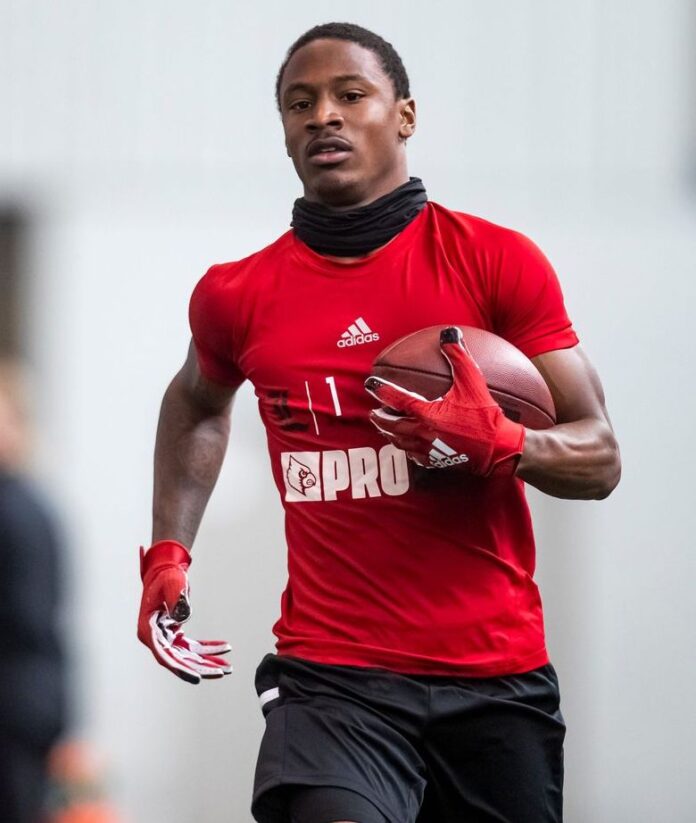 The Rams used their first selection in the 2021 NFL Draft on wide receiver Tutu Atwell, who was chosen 57th overall in the second round.

Get to know him with these fun facts:

Atwell threw for more than 4,000 yards while also running for over 1,500 yards during his time as a four-year starter at Miami (Fla.) Northwestern High School before switching to receiver in college.

Atwell’s birth name is Chatarius Atwell Jr., but he’s been called Tutu by his father, Chatarius Sr., who began getting called Tutu himself when he was 3 or 4 by a cousin who couldn’t pronounce his given name, according to an April 25 article published by The St. Paul Pioneer Press. Tutu Sr. then began calling his son Tutu when he was a baby.

Atwell’s upbringing and journey on trying to lead Miami Northwestern to its first state title in a decade was spotlighted in Episode 2 of Warriors from Liberty City. A Starz docuseries executive produced by LeBron James and Maverick Carter, it follows the Miami-based, inner-city youth football program Liberty City Warriors founded by 2 Live Crew rapper Luther Campbell.

At the beginning of the episode, Atwell said he never lost a game when he played quarterback for the Warriors, who also count Chad Johnson, Antonio Brown, Devonta Freeman and Teddy Bridgewater among their alumni. Atwell also revealed he began watching film when he was 8 or 9 years old.

The University of Louisville product reportedly ran a 4.32-second 40-yard dash at his school’s pro day, but there were multiple reports that he ran even faster last year – specifically in the high 4.2s.

That speed was a rare-enough athletic ability to land him on Bruce Feldman’s annual college football freaks list ahead of the 2020 season.

ESPN analyst Mel Kiper Jr. compared Atwell to Ravens wide receiver Marquise Brown. Brown, 5-9, 180 pounds, did not run the 40 at Oklahoma’s 2019 Pro Day nor the NFL scouting combine, but reportedly was clocked at 4.33 seconds when he ran the drill during his junior college days.

Clippers teamwork at the table for giving