After two consecutive weeks on the road, the Rams (2-1) return home to host the New York Giants (0-3) on Sunday at SoFi Stadium in Week 4. Kickoff is scheduled for 1:05 p.m. pacific time on FOX.

In advance of the contest, here is your first look at Rams-Giants on Oct. 4, including notable additions, some of the Giants’ top statistical performers in Week 3 and key storylines:

Signed free agent running back Devonta Freeman on Sept. 23. After starter Saquon Barkley tore his ACL in their Week 2 loss to the Bears, the Giants turned to the 28-year-old Freeman for backfield reinforcement. Freeman spent his first six seasons with the Falcons, who released him in March.

Drafted Georgia offensive tackle Andrew Thomas fourth overall in this year’s draft. Giants general manager Dave Gettleman and head coach Joe Judge said this spring that Thomas would come in and compete early on, and with left tackle Nate Solder opting out of this season because of COVID-19 concerns, that thrusted Thomas into a starting role.

QB Daniel Jones completed 17 of 32 pass attempts for 179 yards with one interception in the Giants’ 36-9 loss to the San Francisco 49ers.

Jones was also the Giants’ leading rusher in the contest with 49 yards on five carries. Freeman also had five carries, but managed just 10 rushing yards.

On special teams, kicker Graham Gano converted all three of his field goal attempts, including a long of 52 yards.

The Giants are tied with the Vikings and Washington for the second-most giveaways in the NFL so far, throwing four interceptions and losing three fumbles. That propensity for mistakes could set up Los Angeles’ defense – tied with the Atlanta Falcons and Pittsburgh Steelers for ninth-most takeaways in the NFL (five) – with the chance to play a complementary role to its offense, as far as setting up scoring opportunities for the offense and affecting field position.

That said, it doesn’t mean the Giants shouldn’t be taken seriously by the Rams – L.A. head coach Sean McVay would be the first to say they respect every opponent, regardless of record or production.

Slayton, a 2019 fifth-round pick, can threaten defenses deep. In just 17 career games, he has averaged 15.5 yards per catch, so the Rams’ secondary will have to be mindful of where he is at all times. Additionally, Evan Engram gives Jones a seam-stretching tight end who has also averaged double-digit yards per catch in his career (11.4).

Though without Barkley, Jones still has capable offensive playmakers at his disposal. Thus, this not only places added importance on a disciplined effort by the Rams’ secondary, but also another strong performance by their run game to keep the ball out of the hands of Jones, Slayton and Engram. Freeman’s Giants debut doesn’t mean he should be ignored, either – he still had 1,000 yards from scrimmage last season, and another week to familiarize himself with their playbook could help him turn in a more productive performance. 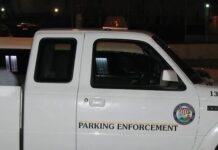