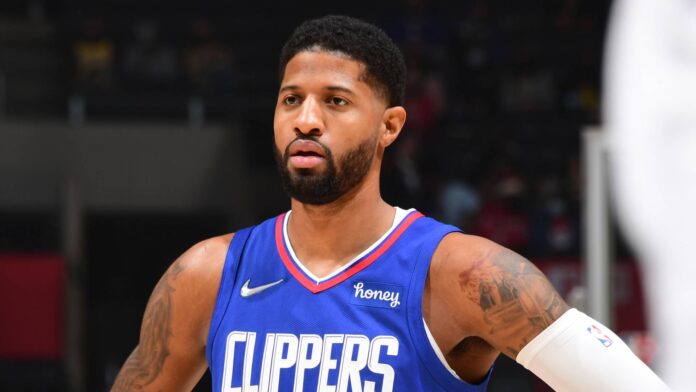 With their win over the New Orleans Pelicans on Sunday night, the LA Clippers have clinched the Western Conference’s 8th-seed. The team can no longer move up or down in the standings, and will be playing that first play-in game on the road. After the win, Paul George shared his thoughts.

“We’re a confident group, and we feel we can match up and play with anybody,” George said. “It was tough for them going through that stretch [without me], but they’ve done a great job managing.” On how he is feeling entering the postseason, Paul George said, “[I’m] not all the way there, but I’m definitely using these games to get to that point.”

George also emphasized his enjoyment with playing alongside Robert Covington, saying that “It’s not often guys come to you and say PG you don’t have to guard the best player.” At the end of his answer about Covington, George also mentioned his excitement for eventually getting alongside Norman Powell.

The Clippers will likely draw the Minnesota Timberwolves in the first play-in game, with the 7th-seed and a date with the Memphis Grizzlies in the first round on the line. The Clippers are a confident group, and with another reinforcement in Norman Powell potentially on the way, Paul George and his squad feel they can match up with anybody.