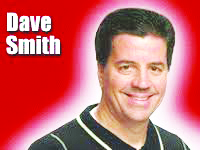 While reading a column in the San Jose Mercury News this week, I found a very interesting opinion from USC President Carol Folt; who allegedly told USC trustees and donors to “mind their own business” on the subject of firing Clay “Gomer” Helton and hiring Urban Meyer.

If true, a few of these influential donors should arrange a meeting with Folt and explain the facts of life to her; she either fires Gomer and hires Meyer or they collectively shut their checkbooks and never give USC another nickel.

If that happens, Folt will fold quickly and Urban will be hired in about five minutes. Because if there’s one thing elitist, ivory tower hypocrites like Carol Folt understand, it’s the repercussions of billionaire donors closing their checkbooks.

As of this writing, despite reports he’s on his way out, Helton is still USC’s coach and supposedly out recruiting.

Think about this for a minute. With attendance down 20,000 per game this season and USC currently ranked #76 in recruiting, 11th in the Pac-12, Folt and new AD Mike Bohn are leaving Helton twisting in the wind; so why would any recruit sign a letter of intent with the Trojans when they have no idea whom the coach in going to be?

Folt and Bohn’s incompetence is on full display, because a decision needs to be made immediately, for two reasons: 1) To save this recruiting class, the recruits need to know who’s going to be in charge of the program and whom they’ll be playing for. 2) This is cruel and unfair to Helton, who needs to know if he needs to keep recruiting or find a new job.

Without question, Helton seems to be of high character and a nice guy, but the bottom line is he can’t coach and 13-12 over his last 25 games is completely unacceptable for a storied program with a great history. He needs to go and he needed to go yesterday.

Folt delaying this, telling trustees and donors to “mind their own business” and leaning toward retaining Gomer is a double middle finger to all USC students, fans, alums, season ticket holders and donors. She’s telling them she knows better than them what’s best for the football program and they should all shut up, accept mediocrity and keep those donations coming.

Folt’s entire adult life has been spent in academia; from student, to graduate school, to professor, to administrator, to college President. And living up in that elitist, condescending ivory tower her entire life means she lives in a theoretical world of unicorns and rainbows. She lives in a fantasy world of tenure and not having to produce results, so thus has no idea what’s it’s like to live in the real world, how to meet a payroll or face the reality the rest of us face; either produce results or watch your business fail..

This week should be fascinating and let’s hope Folt and Bohn are convinced to do the right thing; fire Helton, hire Urban and watch USC compete for National Championships again. Anything else and the billionaire donors should cut her off.

SPORTSGOD’S FASTBREAK:  ESPN’s Dan Rafael and Yahoo’s Kevin Iole both wrote that after his recent K.O. of Luis Ortiz, Deontay Wilder is now the hardest punching Heavyweight Champion of all  time. This is patently absurd, because of the collection of tomato cans and club fighters Wilder has faced throughout his career. Back in the 1970’s or 1990’s, the two Golden Eras of Heavyweights, Deontay is a hard hitting journeyman on the fringe of the Top-10. But in this era, arguably the worst in Heavyweight history, he holds a championship belt. I’d have Sonny Liston, George  Foreman, Mike Tyson, Joe Louis, Earnie Shavers, Rocky Marciano, Jack Johnson and Gerry Cooney as harder hitters than Wilder….As a 49ers fan, my biggest fear about Kyle Shanahan was a repeat of the 28-3 Super Bowl game; when he was  offensive coordinator for the Falcons in their loss to the Patriots. In that game, he single handedly cost Atlanta a win with some of the worst play calling and game management I’ve ever seen. And last Sunday against the Ravens, Shanahan butchered the clock at the end of the half and the game and cost San Francisco a win.  He seems to have learned nothing and now the 49ers are up against it again with a road game this Sunday against the Saints…My current NBA  MVP list: 1) LeBron 2) Luka Doncic 3) Greek Freak 4) James Harden…