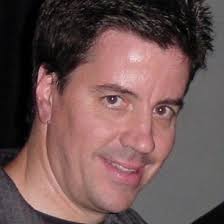 After spending the past two weeks in New Orleans, which included two cross country flights, lunches and dinners in restaurants and walks through the French Quarter and Bourbon Street, I’m back in Los Angeles in a self imposed quarantine; binge watching TV shows and doing my national radio show from home.
So far, so good as far as far as the coronavirus is concerned, as I don’t seem to have any symptoms and being very careful. My hope is that no virus can survive two hurricanes a day with a shot of Everclear, which was my average daily alcohol intake.
As someone who has been a huge sports fan my entire life, and also fortunate enough to have made a living talking sports for the past 25 years, it’s quite an adjustment to wake up every morning and not have anything to watch. So I’ve taken to binge watching “Friday Night Lights,” “Hogan’s Heroes” and classic boxing matches on You Tube.
Last night I watched the 1978 Heavyweight Championship fight between Larry Holmes and Ken Norton, the 1959 slugfest between Sonny Liston and Cleveland Williams and the 1982 Holmes-Gerry Cooney fight. And it was better than any live sports event I could imagine.
I’d forgotten how great that Holmes-Norton fight was, with both fighters slugging it out for 15 rounds and Holmes coming away with a controversial decision. One of the all time great Heavyweight title fights and unfortunately largely forgotten.
Williams-Liston showed just how great Sonny was in his prime, which most boxing fans never got a chance to witness. Liston weathered an early onslaught from the terrifying Williams, who broke Sonny’s nose in the first round and staggered him. But Liston never panicked, took over the fight with his sledgehammer jab and knocked Cleveland out in the 3rd round.
This fight showed me two things: 1) Williams had one of the best physiques in boxing history and was carved out of granite. He would be Heavyweight Champion of the World today. 2) We all know about Liston’s power, but his smarts and boxing skill were magnificent. After getting buzzed early, he didn’t panic, showed patience and out boxed Williams until he got him out of there. One of the greatest heavyweights of all time.
Unfortunately for Williams, he was shot in the stomach with a .357 magnum by a Houston cop shortly after this and never the same. When he fought Muhammad Ali in 1966, he was a shell of himself; he’d had almost all of his intestines removed, had nerve damage in his legs and still had the bullet in his stomach. But my God what a monster he was in his prime.
As for Cooney-Holmes, I’d forgotten how competitive that fight was. Gerry made a good account of himself and ahead on two judges cards after 12 rounds; before the great Holmes finally wore him down and stopped him in Round 13.
We tend to remember Cooney as another fraudulent Great White Hope, but he had frightening power in his left hook and gave one of the greatest Heavyweights of all time a tough fight.
Legendary trainer Eddie Futch said Gerry could have been one of the all time greats if he’d had better training and management. But by the mid-80’s Cooney was an alcoholic and addicted to cocaine, which ruined what should have been an excellent career.
SPORTSGOD’S FASTBREAK: Adam Silver is talking about a mid-June return for the NBA, which seems optimistic in the midst of this pandemic…And if the season is canceled, we’re going to be robbed of a Lakers-Clippers W.C. final and potential L.A. World Championship…I read that porn star Lola Taylor has offered to have sex with the scientist who finds a cure for corona virus, but I don’t think a porn star can get the job done quickly. Now if Margot Robbie and Kate Upton were making the same offer, my guess is we’d have a cure in about 30 minutes…. After the 2019 Super Bowl, I was ridiculed when I said Todd Gurley had an arthritic knee and would be out of the NFL in two years. Who’s laughing now?…Love Tom Brady’s decision to leave the Patriots for the Bucs, because he has much better talent around him now. Mike Evans, Chris Godwin and OJ Howard is a great receiving corps, and if they add Antonio Brown they’re going to be scary…Listen to the “Dave Smith Show” on SB Nation Radio, Wednesdays 4-6 PM and

Councilman Alex Padilla Bask in Glow of ‘Taste of Inglewood