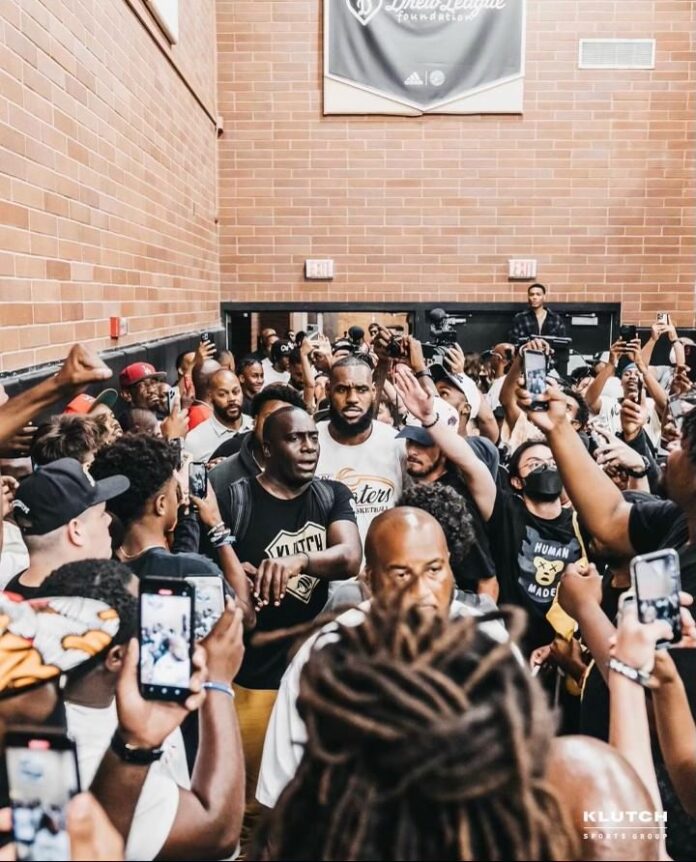 Very few people have been more fascinated with and felt more connected to LeBron James than I have. From his glorious high school campaign that brought him to Westwood onto my moving to and residing in Cleveland for four years.

So, when The King made his Drew League appearance on July 16 it was the most essential moment of his Los Angeles Lakers career.

I was at the funeral for a friend when one of the attendees left early to go see Lebron James at the Drew League.

When former Compton High star DeMar DeRozan (Chicago Bulls) tweeted LeBron would join him for a 1:45pm game at King Drew Magnet School in Watts the night before, people began camping out at the school to make sure they could get in to see The King.

Since LeBron arrived from Cleveland four years ago, a lot has happened. Kobe Bryant was killed on Jan. 26, 2020, then LeBron led the Lakers to an NBA championship clouded by COVID in an abbreviated Orlando bubble season.

Laker fans struggled with their emotions following Kobe’s shocking death, so LeBron was not fully embraced by Lakers fans.

However, what LeBron did have to his credit was the admiration of Blacks with whom he connected from his humble beginnings, his outspoken advocacy and his philanthropy in Akron, specifically his I Promise School.

Freshly minted as a billionaire, LeBron James is more than a basketball player and he resonates with Blacks and its culture greater than even Muhammad Ali.

Ali’s connection was revered, but he was also Muslim. LeBron James is not cornered by religion, but instead engulfed in culture that elevates him to one of the most significant Black figures of modern history.

Nonetheless, for four years WE wanted to know where he was. Why hasn’t he shown up in the hood. Had he been swept away by Hollywood and forgotten where he came from?

On a hot Saturday in July, led through a sea of rabid fans by prominent basketball promoter Rodney Guillory, LeBron James parted the Black Sea of The Drew crazies to announce his arrival to the hood.

A place that he is all too comfortable with, regardless how close the fans were to the court, as Guillory would say, “Let them touch you.”

Yeah, he was remarkable in a 42 point outburst and led his team to a victory that nobody is talking about any more.

They are talking about LeBron’s arrival, four years late to the neighborhood but right on time.

Just think about it for a moment. All of the former and current NBA greats this region has produced, James Harden, Russell Westbrook, DeMar DeRozan, Baron Davis and the list goes on, but the one who could absolutely own this hood is LeBron James.

That is, if he is wise enough to follow up on his Drew drop in, and chart a course to make frequent impressions throughout, Watts, Compton, Carson, Inglewood, Gardena, Crenshaw and other pockets of the Black community who need him right now.

He doesn’t have to build a school, or open a housing unit, he just needs to reach out and touch in ways that demonstrates his level of care and concern, which I know he has.

Drew was a great beginning, now I want to see what that follow-up is like.