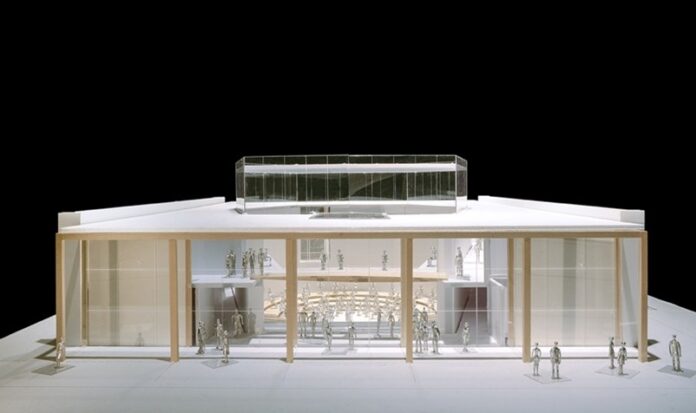 In preparation for the upcoming official opening of the Inglewood Beckmen YOLA Center, over the past weekend, community leaders received a sneak peek of what’s to come.

The recently-announced Director of the Inglewood YOLA Center, Camille Delaney-McNeil, was also in attendance. She hails from the Baltimore Symphony Orchestra program where she held the position of Director of Programs.

Historically, it’s been a journey for the building that is now officially The YOLA Center. Once upon a time, that very space was a bank, then turned-Burger King, and now once and for all, a space for musical education, performance, community engagement, and more.

Inglewood Mayor Butts spoke about how, many years ago, he opened his very first checking account at that bank. When the city of Inglewood bought the building after the Burger King exit, they simply held on to it waiting for the perfect opportunity to present itself for the community: The Beckmen YOLA Center.

Construction of the center is on-going but on-track for the August 15 official opening date, which will bring an additional element of liveliness and excitement to the area. The big windows and tall ceiling allow for the open-concept rehearsal and performance space to be seen from even an outside bystander walking down La Brea Avenue– which, from the beginning, was one of the main objectives for architect Frank Gehry and his management team.

When launching the Inglewood Beckmen YOLA Center, there were three objectives in mind:

Firstly, the center needed to be well-connected to the community– culturally obviously, but also physically. It should be easily seen and in a high-traffic area– not a hideaway secret where residents have to regularly type the address into their Maps app to find.

Secondly, it needed to be close to public transit. The YOLA Center is directly across the street from the La Brea Avenue and Manchester Boulevard bus stop.

Thirdly, it was imperative that the space could house 25,000 square feet for music students to rehearse and perform.

All three boxes have been checked, and the countdown to August 15 has begun. The first classes for students will begin in September.

Rams return to SoFi Stadium to host Giants in Week 4

NCAA surrenders and will allow athletes to profit