Concluding with voter registration along with a peaceful demonstration to pay homage to the lives lost due to racism and police brutality.

The Millennial March LA: Voter Awareness Drive was organized to engage young voters, with an emphasis on high school seniors, and provide them with resources to make the most informed decisions at the polls on November 3. Organizers wanted to raise awareness and create a positive culture around voting through education.

“Had it not been for the passion and sacrifice of the original civil rights leaders, the opportunities I’ve had wouldn’t have come my way,” said James Miller, Jr. “The older generation of Blacks that benefited from the bus boycotts, marches and Civil Rights movement of the 50’s and 60’s have a responsibility to transfer our deep history of activism to the new generation. Those marches and non-violent protests led to the advancement of our people, and that’s what we aspire to do with this peaceful event.” 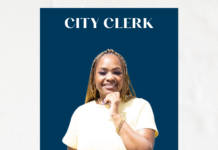 With over 6000 Homeless Individuals on Skid Row, CFH is Bringing...